September 28, 2018 - Rome, Italy, Italy - Demonstration against eviction today in Rome and against after the arrest of four people, (which two representing of the basic union USB and two of neighborhood committee), that together with other activists and residents of the neighborhood they rushed into defense of a woman, Annamaria, 66, that was about to be evicted from his home. The woman was climbing over the balcony railing and threatening to throw herself . Firefighters intervened. The municipal police who carried out the eviction also used pepper spray against protesters, and one activist had to resort to health care. Anche Annamaria, retired, that she perceives 500 euros a month, was present at the demonstration (Credit Image: © Patrizia Cortellessa/Pacific Press via ZUMA Wire) 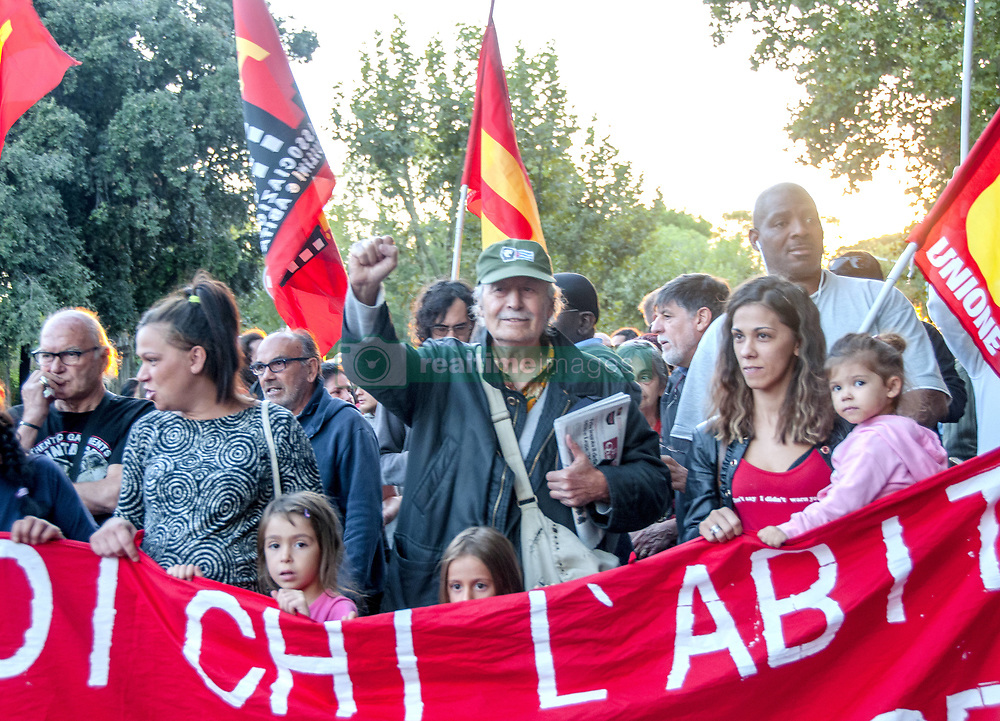