EXCLUSIVE: *NO WEB UNTIL 11PM BST SEPT 2ND* The dramatic moment British ‘drugs baron’ Andrew Deamer is arrested in Colombia for allegedly smuggling cocaine worth £345 million hidden in DOG FOOD. Deamer, 52, now faces 14 years in a Colombian prison after being seized in a dramatic 6am raid on his isolated home outside Medellin - the city made infamous by infamous cartel boss Pablo Escobar. The Brit is now in Bogota’s infamous La Picota prison after signing a ‘pre-agreement’ to accept a sentence of 14 years and eight months in return for co-operating with authorities to "name names.' Deamer, originally from Barrow upon Soar, Leics, ran a syndicate that converted at least 2.5 tons of cocaine into a substance that resembled dog food, down to the look, smell and texture, say Colombian authorities. He was snared by anti-narcotics agents backed up by Colombian army and navy troops. Deamer is seen climbing down from his attic bolt-hole after being busted in a dramatic 6am raid by Colombian forces. Wearing shorts and T-shirt, he had darted into the secret hideaway after realising anti-narcotics agents and army and navy troops were closing in on his remote farmhouse. His capture was videoed by The Fiscalia, Colombia’s Office of the Attorney General. Deamer, who also spent time living in Florida, is said to have recruited specialist chemists for the cocaine transformation and they followed the shipments to Europe to extract the cocaine at the destinations. His second wife, Colombian Marcela Zapata, 37, was arrested with him. 02 Sep 2018 Pictured: Arrest of Andrew Deamer. Photo credit: Greg Woodfield / MEGA TheMegaAgency.com +1 888 505 6342 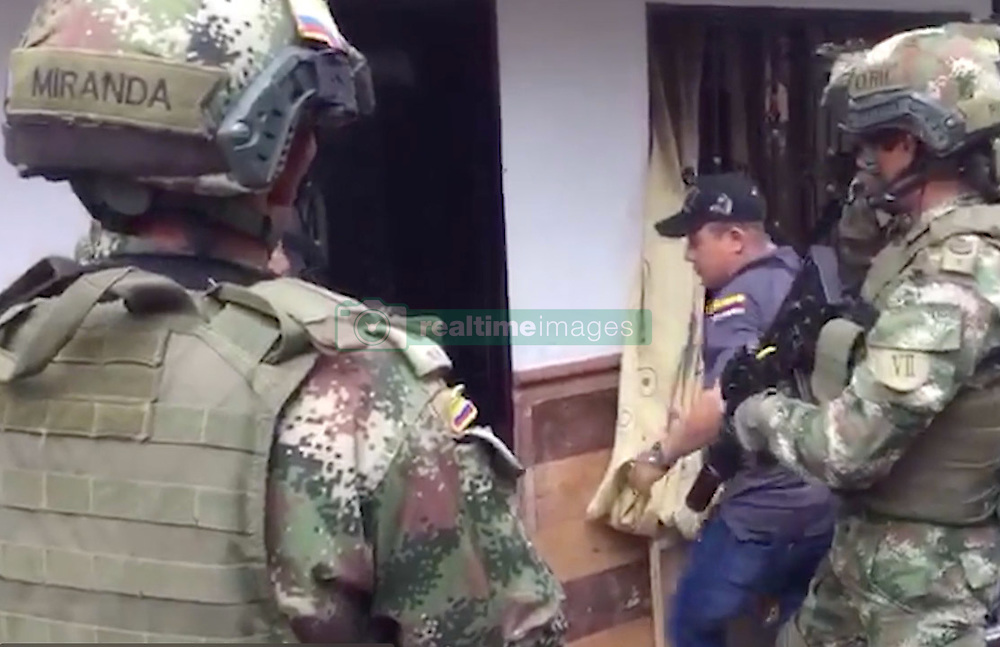