November 9, 2016 - Hollywood, California, U.S. - Director ROBERT ZEMECKIS promotes 'Allied' (2016). Robert Lee Zemeckis born May 14, 1952) is an American filmmaker and screenwriter frequently credited as an innovator in visual effects. He first came to public attention in the 1980s as the director of Romancing the Stone (1984) and the science-fiction comedy Back to the Future film trilogy, as well as the live-action/animated comedy Who Framed Roger Rabbit (1988). In the 1990s he diversified into more dramatic fare, including 1994's Forrest Gump, for which he won an Academy Award for Best Director. The films he has directed have ranged across a wide variety of genres, for both adults and families. Alma mater University of Southern California, Spouse(s) Mary Ellen Trainor (1980–2000; divorced) Leslie Harter (2001–present) Children 3. (Credit Image: © Armando Gallo/Arga Images via ZUMA Studio) 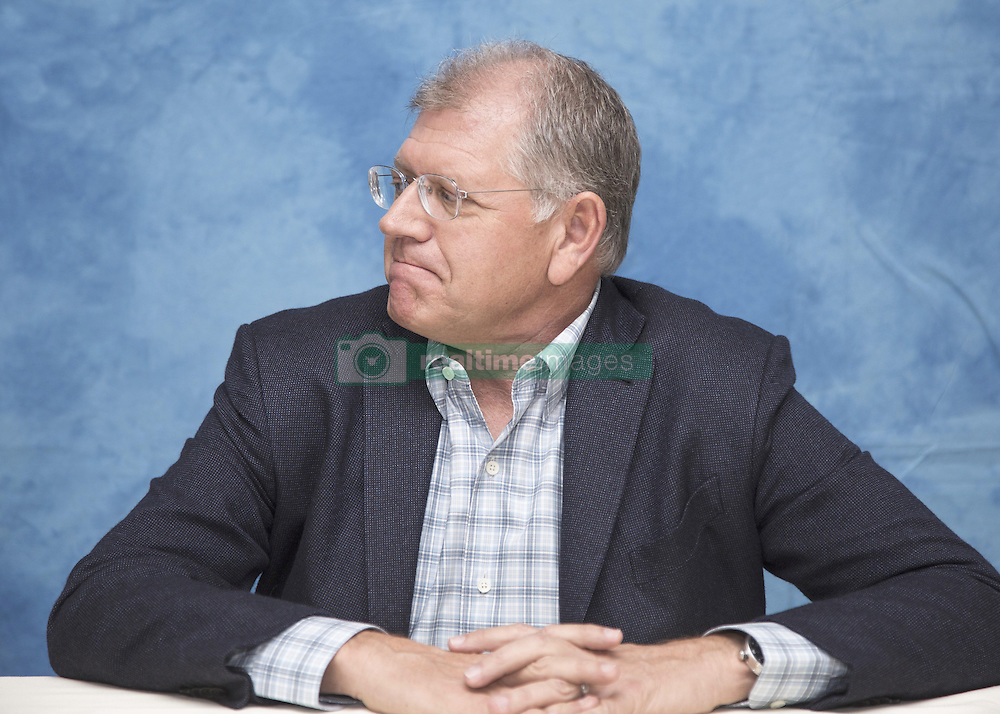