May 05, 1978 - Tokyo, Japan - Just off the plane at Tokyo's haneda airport Bob Dylan and members of his band, who flew in from Los Angeles for their first ever concert-tour of Japan,l found themseleves the target of a large group of Japanese photographers, some of whom had braved the chilly winds on the airfield for several hours. Safely inside the waiting bus, Dylan & Co. paused for a smile - before heading to a press-conference at an airport hotel, which was jammed by more than 150 press people and journalists. Asked to define the term love, Dylan replied: ''The ability to reason''. He also stated that he might debut new song-material while in Japan and called his eralier protest-songs his ''most brilliant love songs.'' Bob Dylan is scheduled to give 10 concert appearances in Tokyo and Osaka. (Credit Image: © Keystone USA via ZUMAPRESS.com) 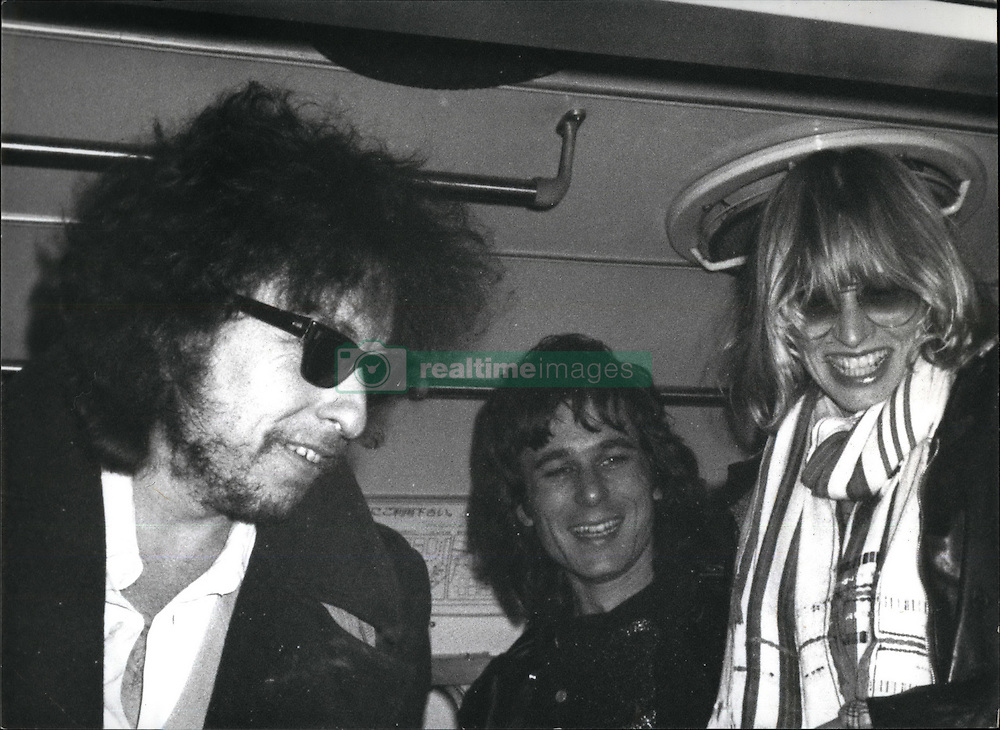