July 5, 2018 - London, England, United Kingdom - 10 Downing Street is pictured as the Government called for an emergency Cabinet, after Amesbury Poisoning, London on July 5, 2018. Britain is holding an emergency cabinet meeting on July 5, over a couple who were left critically ill after being exposed to the same nerve agent used on a former Russian spy earlier this year. Home Secretary Sajid Javid will be chairing the talks in London, as counter-terrorism police lead an investigation into the incident in Amesbury, a village in southwest England. (Credit Image: © Alberto Pezzali/NurPhoto via ZUMA Press) 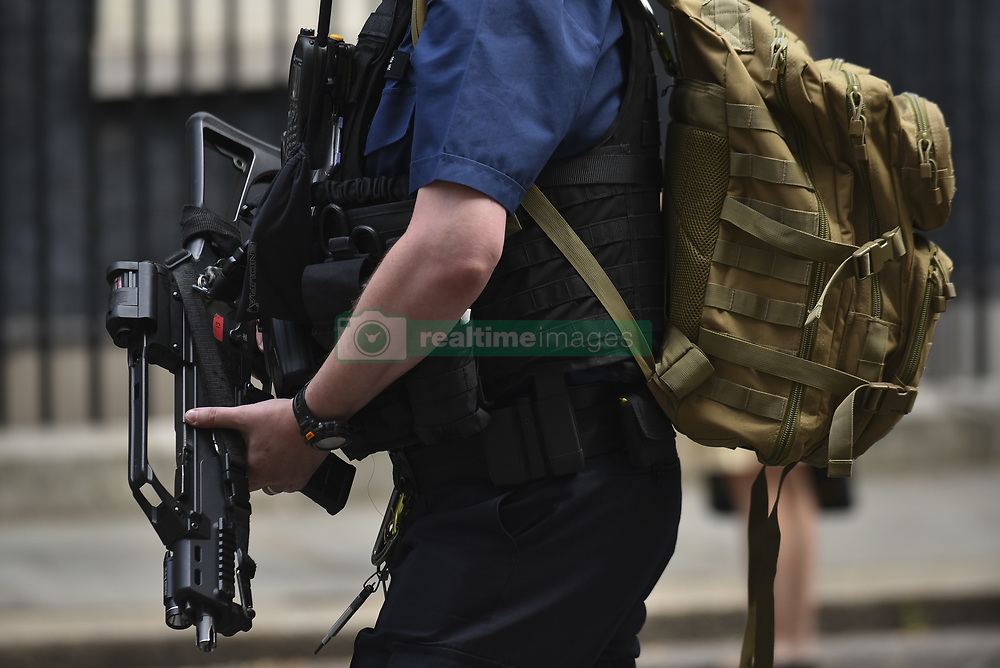