April 25, 2017 - Gaza City, The Gaza Strip, Palestine - A Palestinian refugee girl is studying candles in her family's temporary home during the power outage in the Jabalya refugee camp in the northern Gaza Strip, 25 April 2017. Most Palestinians in the Gaza Strip use batteries, generators and candles to illuminate their homes. Gaza residents, who live in about 1.8 million people, live about 20 power cuts a day. According to reports, the only Gaza Strip operating on 16 April 2017 ran out of fuel and stopped work. (Credit Image: © Mahmoud Issa/Quds Net News via ZUMA Wire) 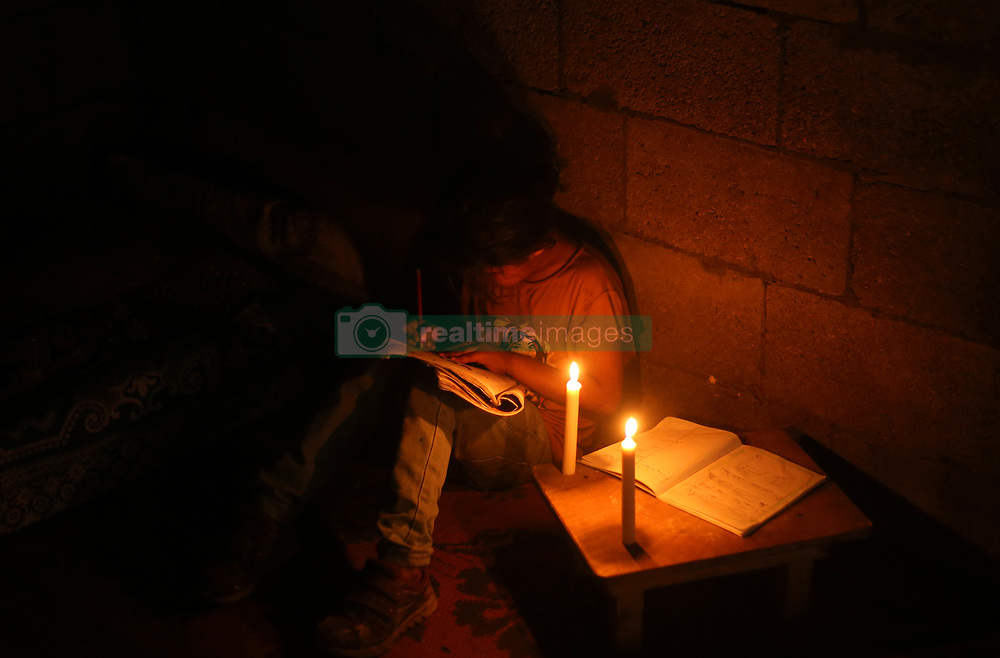