Activists protest against the passivity in Warsaw, Poland - 23 May 2019

May 23, 2019 - Warsaw, Mazowieckie, Poland - Activists from Extinction Rebellion seen listening to a speech in front of the presidential palace during the protest..A protest was organized in Warsaw by the Extinction Rebellion movement and the Youth Strike for Climate against the passivity of the Polish authorities regarding the oncoming climate disaster and the great extinction of animal species..Dozens of people in black sacks layed on the sidewalk in front of the Presidential Palace. They also brought a black coffin as a symbol of the future of humanity. (Credit Image: © Attila Husejnow/SOPA Images via ZUMA Wire) 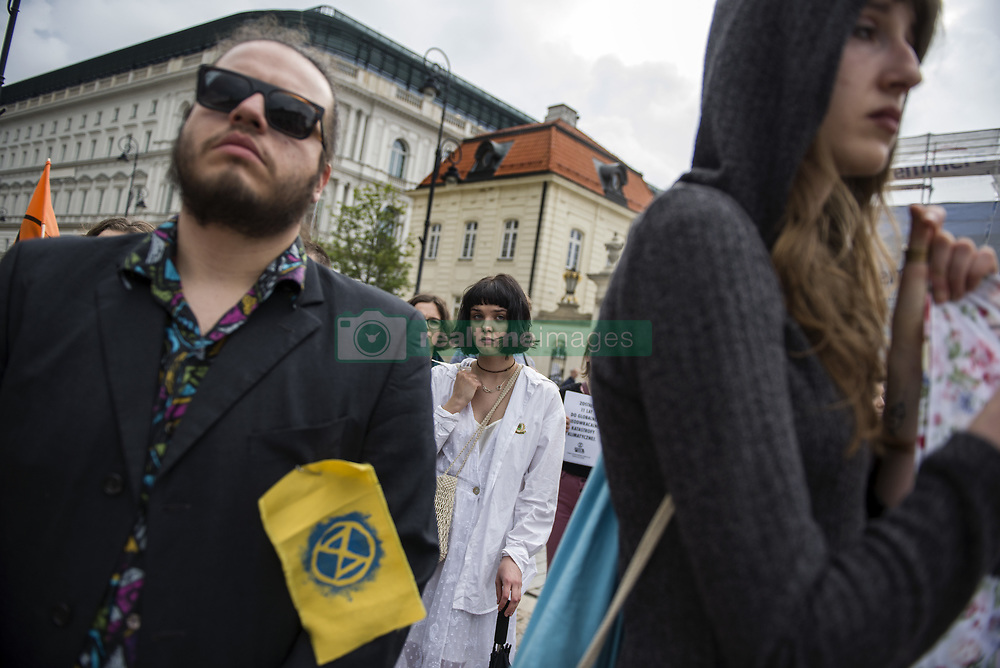