September 10, 2017 - Krakowiec, Poland - In an attempt to reenter Ukraine a media frenzy follows ahead of a press conference in Rzesow by former Georgian president Mikhail Saakashvili when he is joined by Ukraine MP Yulia Timoshenko and EU MP Jacek Saryusz-Wolski on September 10, 2017. Mister Saakashvili has been stripped of his Ukrainian citizenship in July by president Poroshenko after accusing the later of abetting corruption in the country. Since then he has been living in exile in Poland. (Credit Image: © Jaap Arriens/NurPhoto via ZUMA Press) 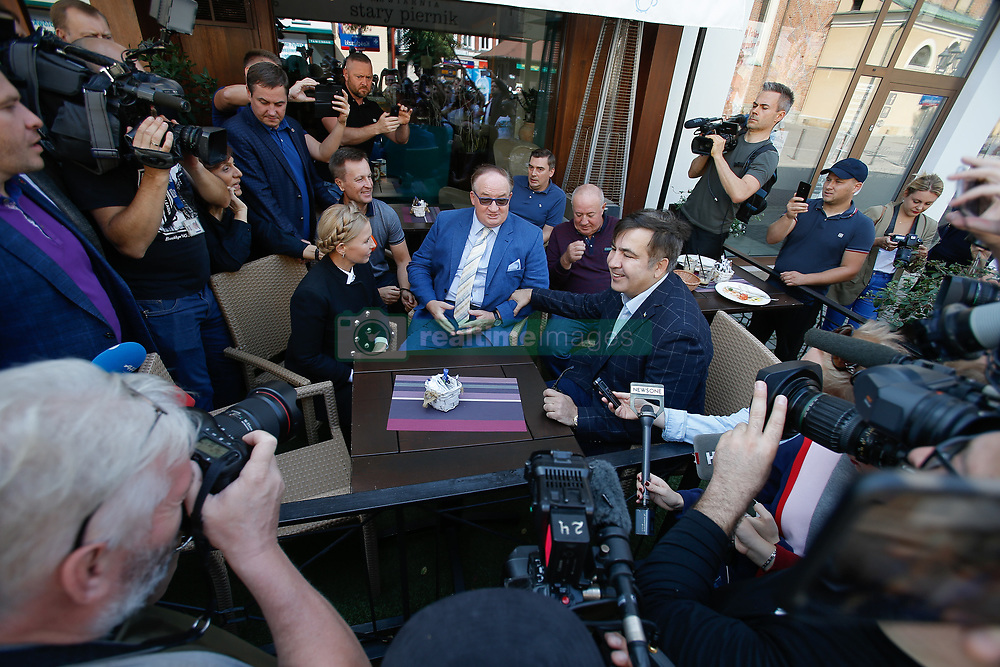