08 August 2017 - Various - Glen Campbell, the voice behind 21 Top 40 hits including "Rhinestone Cowboy," "Wichita Lineman" and "By the Time I Get to Phoenix," died Tuesday. He was 81. During a career that spanned six decades, Campbell sold over 45 million records. In 1968, he outsold the Beatles. Campbell was married four times, and has five sons and three daughters. In the early 1980s, while battling alcoholism and cocaine addiction, Campbell made tabloid headlines with a 15-month, high-profile relationship with country singer Tanya Tucker, who was 22 years his junior. In 1981, he became a born-again Christian and in 1982 he married Kimberly Woollen, a Radio City Music Hall Rockette. In 2003, he was arrested for a hit-and-run, an incident that ended with him allegedly kneeing a police officer in the thigh right before he was released. Campbell pleaded guilty to extreme drunken driving and leaving the scene of an accident, and spent 10 days in jail. In 2011, Campbell, then 75, revealed that he was diagnosed with Alzheimer's disease. In June of that year, he announced he was retiring from music due to the disease. He released his final album of original music Ghost and embarked on a farewell tour with three of his children backing him. File Photo: June 13, 2004; Nashville, TN, USA; Singer GLEN CAMPBELL during the 2004 CMA Music Festival held at the Coliseum. Glen Campbell, who pleaded guilty last month to extreme drunken driving and leaving the scene of an accident, had his sentence delayed so he could perform Sunday at the CMA Music Festival. Photo Credit: Photo: Laura Farr/AdMedia *** Please Use Credit from Credit Field *** 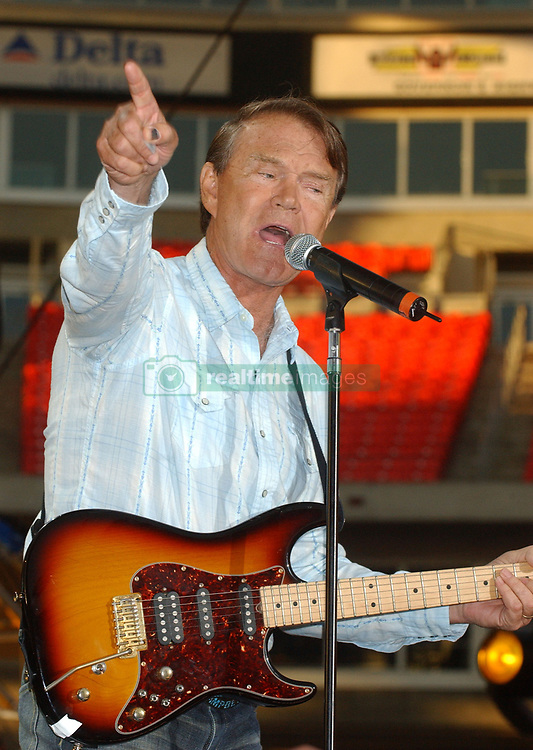