April 17, 2018 - Rome, Italy, Italy - The head of the Association Rousseau, Davide Casaleggio, in Rome to meet with the leader five-star Movement (M5s,) Luigi Di Maio. The son of the co-founder of the M5s met with the political leader of the M5s from the offices of Montecitorio and were at lunch near the Chamber in a cafe in front of the offices of the parliamentary groups . on April 17, 2018 in Rome, Italy (Credit Image: © Andrea Ronchini/NurPhoto via ZUMA Press) 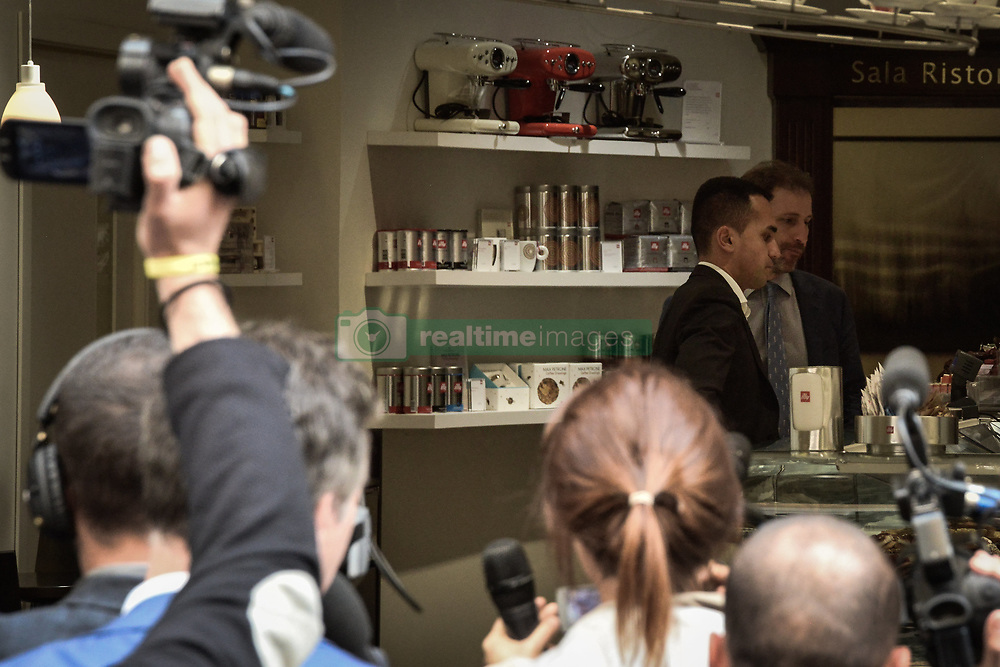