May 4, 2019 - Greding, Bavaria, Germany - Lawyer Dubravko Mandic looking at the camera outside of an event by the extreme-right flank of the AfD called ''der Fluegel''. Mandic is now the subject of national attention for aggressively approaching journalists and filing criminal complaints against them. Die right-extremist flank of the Alternative for Germany party known as â€œder Fluegelâ€ (â€œThe Wingâ€) appeared in Greding, near Nuremburg in Bavaria. Appearing with the group was Bjoern Hoecke, Benjamin Nolte, Bernhard Zimniok and Christina Baum. Due to connections to the right-extremist spectrum and efforts against democracy, the Office for the Protection of the Constitution (Verfassungsschutz, Secret Service) escalated the group to preliminary monitoring ahead of possible formal monitoring. Participants, including right-radical Dubravko Mandic of the AfD in Freiburg aggressively approached and harassed journalists on the scene, with him taking the phone away of one. Later, after calls to take the cameras from journalists, two attacked a journalist. Mandic has posted about â€œthe great exchangeâ€ referencing such theories by white supremacists who committed shootings, such as in Christ Church. (Credit Image: © Sachelle Babbar/ZUMA Wire) 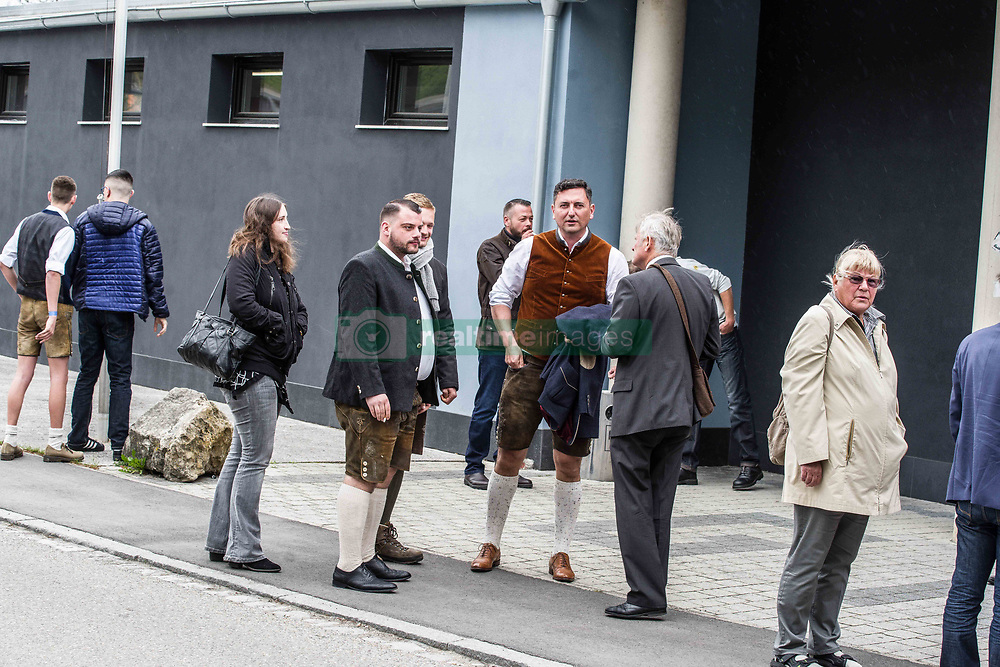