May 29, 2019 - Verona, Verona, Italy - Elton John, living legend of world pop music, has performed for the first date of the Arena di Verona and of the three dates scheduled in Italy (the third will be a Lucca on 7 July) of his Farewell Yellow Brick Road, the farewell tour at the scene in 2018 in the United States and which will include 300 concerts in 3 years and on 5 continents..An autobiographical concert that touches all the greatest hits of the king of pop. (Credit Image: © Luigi Rizzo/Pacific Press via ZUMA Wire) 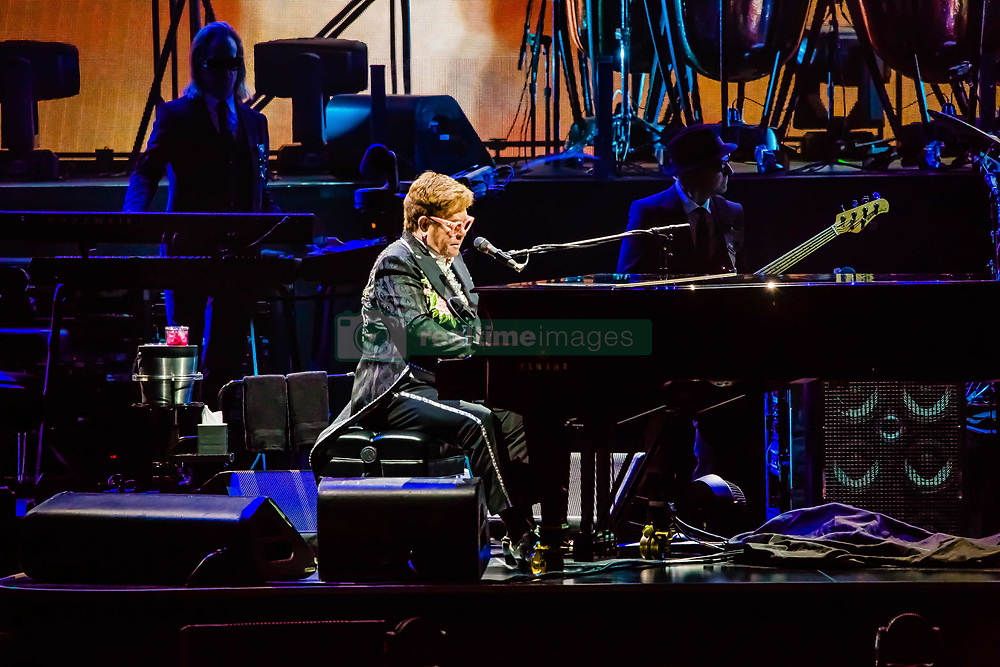