May 31, 2010 - Hopewell, Kwazulu-Natal, South Africa - Team members of the Hopewell Pillars soccer team. Hopewell is a small poor rural Kwazulu-Natal South African community, though there has been 16 years of democracy in South Africa there is still no permanent health centre, no police station or graveyard and very little local employment here in Hopewell. Kwazulu-Natal has the highest HIV/AIDS infection rate in South Africa. The FIFA 2010 World Cup has come to south africa, its the beautiful game, and its the game of the people here and so it is a powerful tool for motivation and lifestyle change. Pilani, Bongzeni and Lindelani are all members of the Hopewell Pillars a rural soccer team that used the powerful tool of soccer to bring about change. They were supported and funded to instil a positive sense of male awereness, provide free condoms and talk about HIV/AIDS and lifestyle change to their peers and male elders (Credit Image: John Robinson/ZUMAPRESS.com) 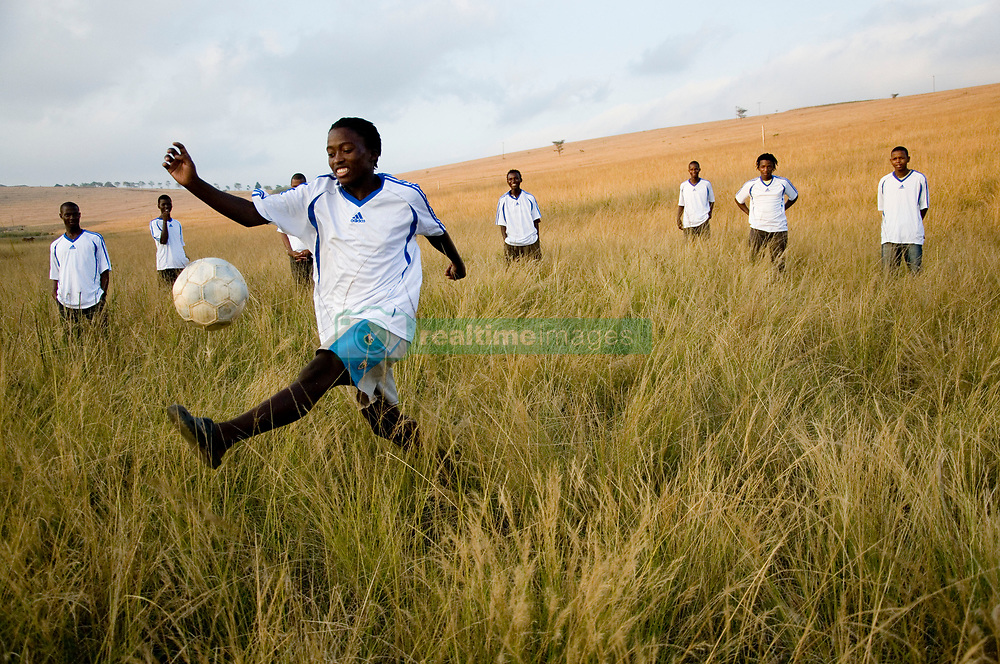