US - NEW YORK - PROTEST NOT HIM - AGAINST JAIR BOLSONARO - LUCAS JAGGER

September 29, 2018 - New York, NEW YORK, UNITED STATES - Lucas Jagger is seen next to the protest during protest #ELENAO against the presidential candidate of Brazil, Jair Bolsonaro in the city of New York in the United States this Saturday, 29. According to Lucas he was passing and was not to protest. (Credit Image: © William Volcov/ZUMA Wire) 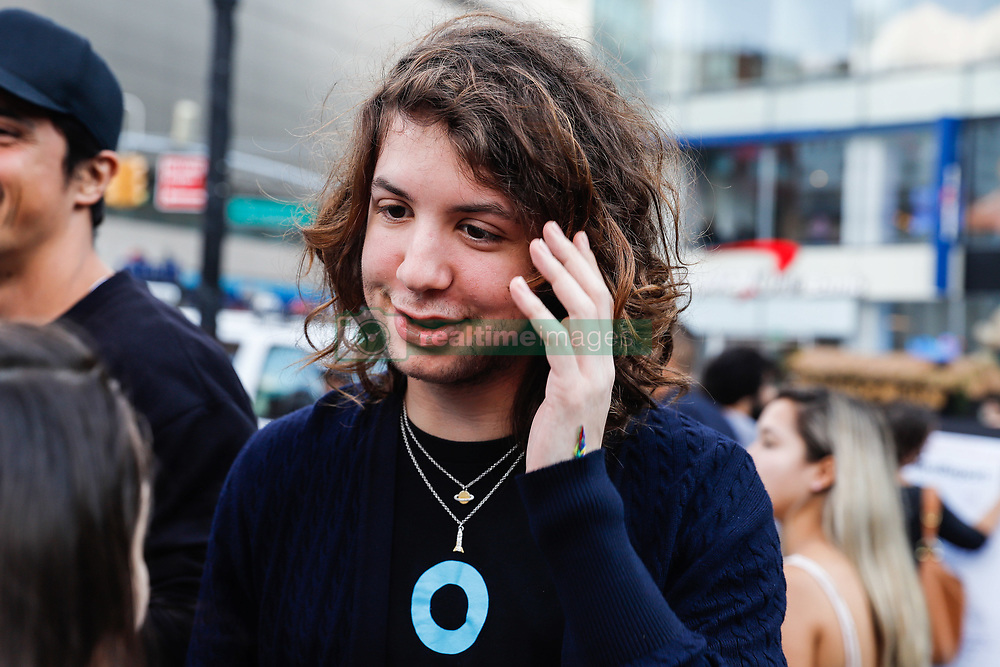