May 19, 2004 - Los Altos, CA, USA - (1996 FILE PHOTO) ASHLEY ELLERIN was murdered at her Hollywood, Calif. home on February 21, 2001, just before she was to attend post-Grammy Awards parties with actor Ashton Kutcher. Kutcher later told police she didn't answer when he went to pick up the pretty 22-year-old fashion student. When he peeked through a window he reportedly saw dark stains on the floor, but believed them to be spilled red wine and left..(Credit Image: © Courtesy Los Altos H.S./ZUMApress.com) 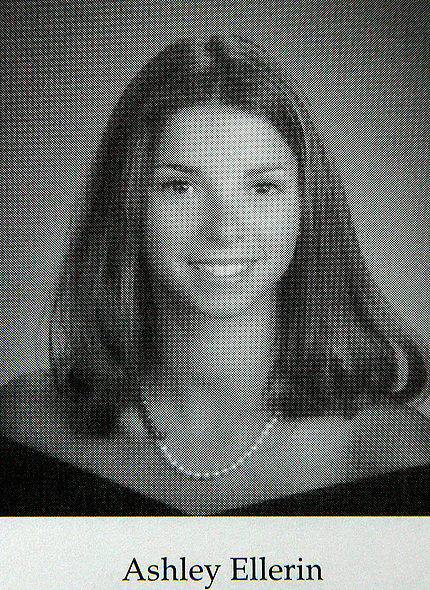