Britney Spears seen in a new campaign for French fashion house Kenzo after being officially announced as the new face of the brand on 20 March, 2018.

Britney Spears looks sexy at 36 in a stunning new campaign for fashion house Kenzo. The singer dons a series of eye-catching get-ups for the brand, including thigh-high lace up denim boots teamed with denim pants and boob tube which shows off her impressively taut tummy. The mother-of-two also slips into a stomach-baring floral number, as well as printed green crop top complete with denim cap. Kenzo was founded in 1970 by Japanese designer Kenzo Takad and Britney was officially announced as the new face of the French brand on 20 March, 2018. Kenzo's La Collection Memento N°2 focuses heavily on denim and take inspiration from the 1986 Paris runway debut of Kenzo Jeans. According to the label, the collection "is all about icons. Britney is certainly an icon and the quintessential queen of denim." Fashion photographer Peter Lindbergh "captured Britney in all her American Dream glory and beauty” in the images, which were shot in Los Angeles. The campaign bills itself as “a bit cheeky, optimistic and joyous—the perfect combination”. The items will be available March 21 on Kenzo's website and in stores globally. 20 Mar 2018 Pictured: Britney Spears seen in a new campaign for French fashion house Kenzo after being officially announced as the new face of the brand on 20 March, 2018. Photo credit: Peter Lindbergh/ MEGA TheMegaAgency.com +1 888 505 6342 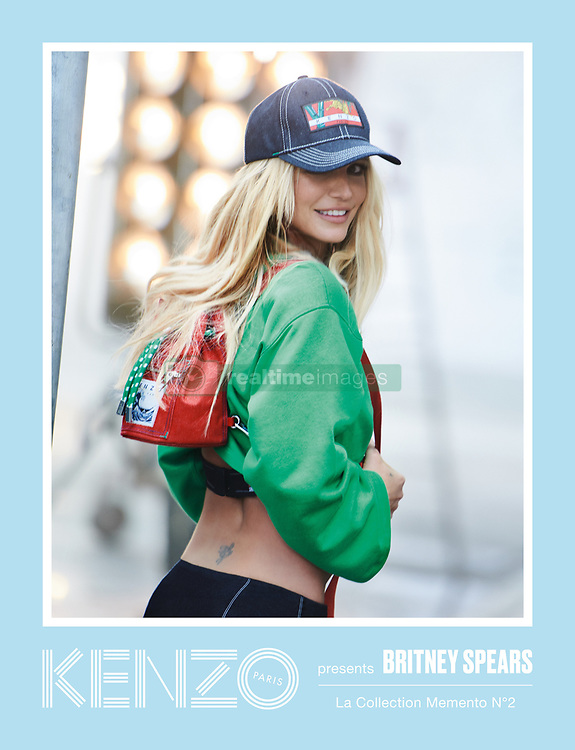