October 2, 2018 - Rome, Italy, Italy - Sit-in in Rome against the arrest of the Mayor of Riace (Reggio Calabria), Domenico Lucano, executed this morning on charges of aiding illegal immigration..Domenico Lucano (called Mimmo) who is under house arrest is known throughout the world for the model of reception and integration of asylum seekers made in the country of Calabria, Riace, of which he is mayor. The 2016 Fortune magazine had included Mimmo Lucano among the 50 most influential personalities in the world. (Credit Image: © Patrizia Cortellessa/Pacific Press via ZUMA Wire) 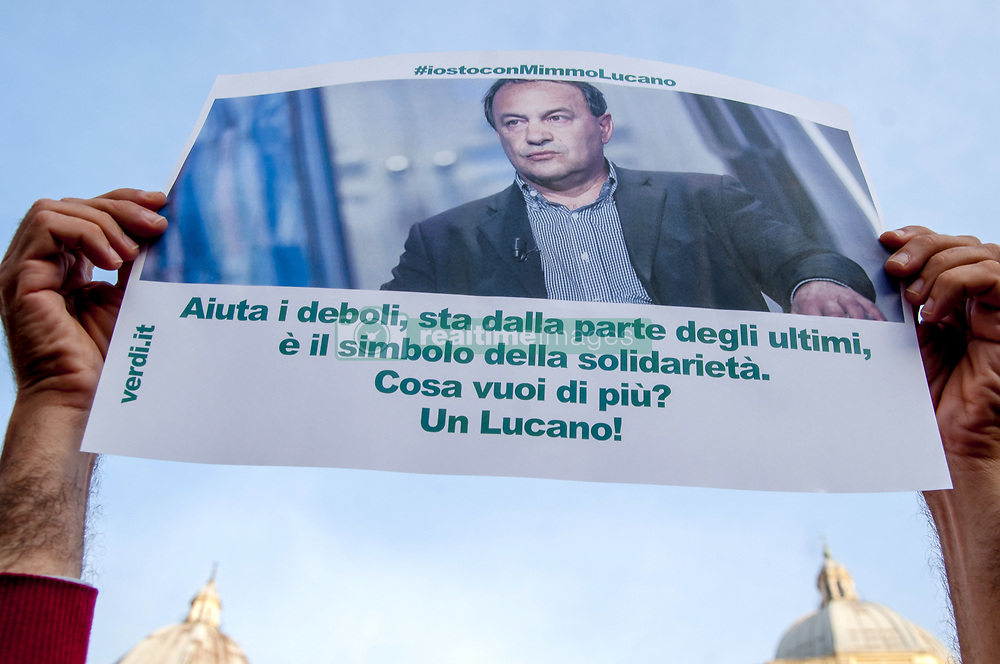