May 4, 2019 - Gaza City, Gaza Strip - Missiles being launched towards Israel from the Gaza Strip. Earlier on Saturday, the Joint Chamber of Military Operations, which comprises the armed wings of Palestinian factions, including Hamas and the Islamic Jihad, fired dozens of rockets from the Gaza Strip into Israel. Firing the rockets from the coastal enclave into southern Israel, according to the Joint Chamber of Military Operations, was a response to Israeli killing of four Palestinians and wounded 51 others on Friday in eastern Gaza Strip close to the border with Israel. (Credit Image: © Zhao Yue/Xinhua via ZUMA Wire) 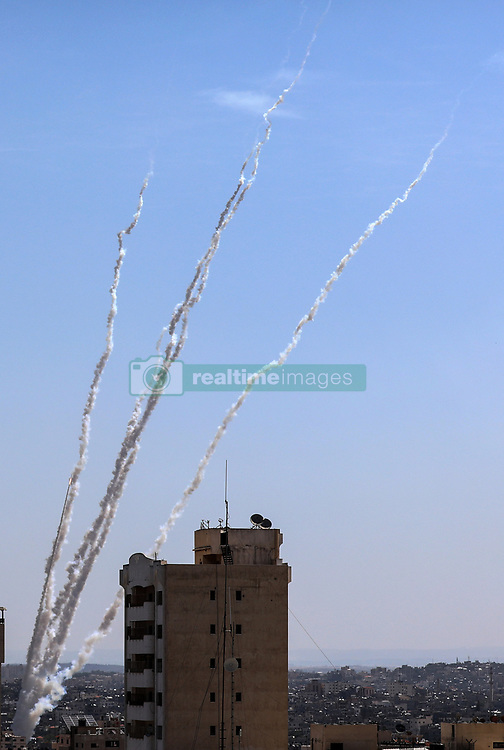