April 13, 2018 - London, UK. 13th April 2018. Alex Kenny, NUT/NEU. Stop the War and Syrians protest at Downing St calling for Theresea May to stop her plans to bomb Syria with the USA and France following the reports of a chemical weapon attack there. Stop the War handed in a letter signed by MPs, trade unionists and others and held a rally on the opposite side of Whitehall, with speeches from Stop the War and other activists. Noisy chanting continued and many of those present crossed the road to protest outside Downing St before blocking both carriageways of Whitehall. After some minutes police pushed the protesters on the southbound carriageway back onto the pavement where a rally led by Syrians continued. People were still sitting and blocking traffic on the other carriageway when I left, but police reinforcements had arrived and it looked as if the road would soon be cleared. Peter Marshall IMAGESLIVE (Credit Image: © Peter Marshall/IMAGESLIVE via ZUMA Wire) 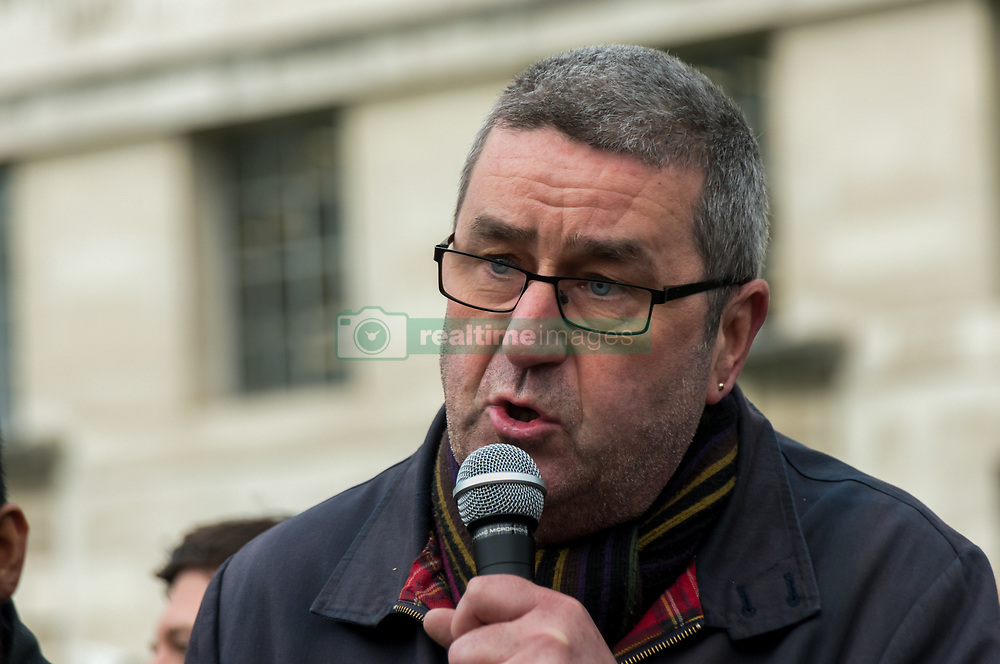