September 21, 2017 - Strasbourg, France - FRANCE, Strasbourg: Protesters hold flags during a rally in Strasbourg, France on September 21, 2017 to oppose the French President's flagship labour reforms, a key test as he stakes his presidency on overhauling the sluggish economy. The rally is a part of the second nationwide demonstration to denounce the policies. The last demonstration was held on September 12, 2017 where 24,000 participants gathered across the country (Credit Image: © Elyxandro Cegarra/NurPhoto via ZUMA Press) 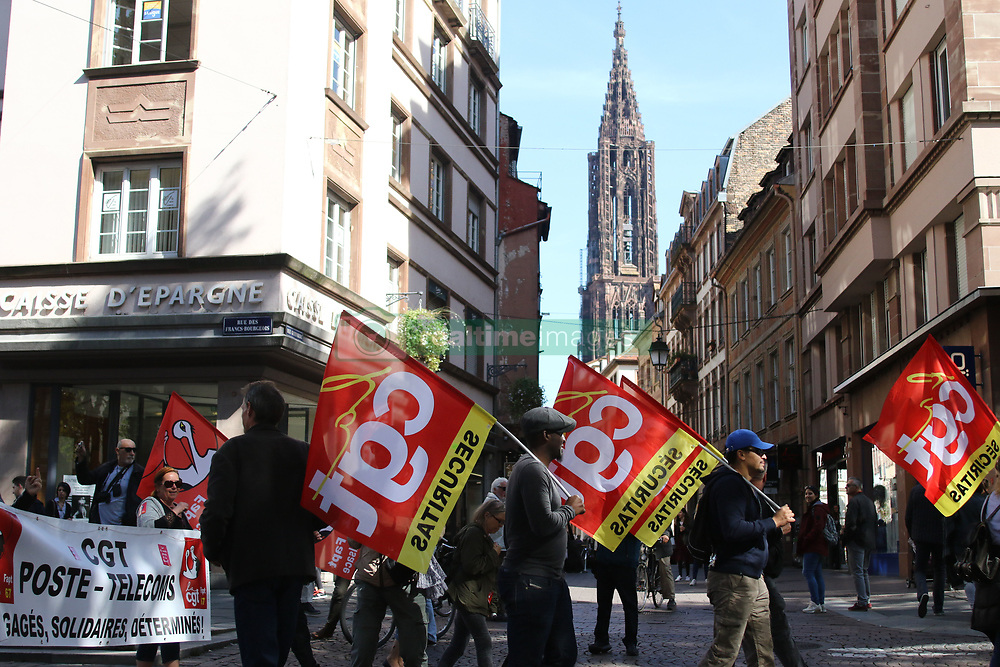