December 20, 2017 - Cardinal Bernard Law, the Boston archbishop who was one of the most influential Catholic leaders in the US before resigning in 2002 and who became a symbol of the church's sexual abuse crisis, died on Wednesday, the Vatican said. He was 86 years old. PICTURED: April 11, 2005 - Vatican City, Italy - Cardinal BERNARD LAW presides over the celebration of the third of the nine masses at Saint Peter's Basilica for Pope John Paul II at the Vatican. (Credit Image: © Romain Blanquart/TNS/ZUMAPRESS.com) 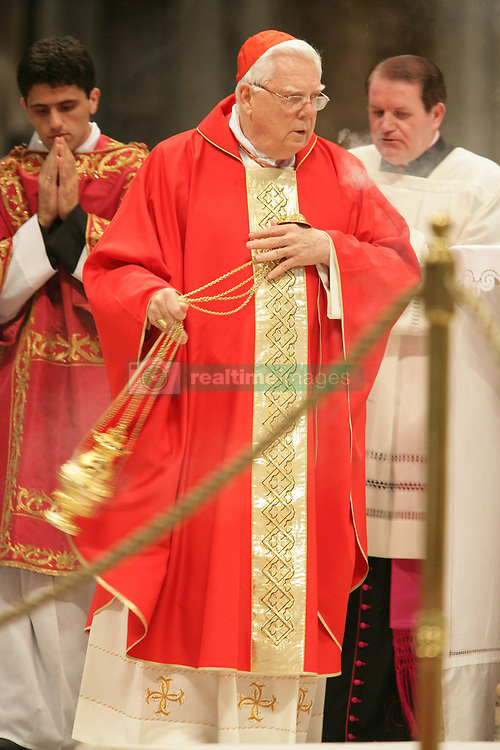