October 23, 2016 - Calais, France - Migrants burn on a road in the Calais Jungle in Calais, France, on 23 October 2016, before the upcoming evacuating sleeping bags and camping mats. The refugee camp on the coast to the English Channel is to be cleared on monday, according to the French government. The approximately 8,000 refugees are distributed to various reception centers in France. (Credit Image: © Markus Heine/NurPhoto via ZUMA Press) 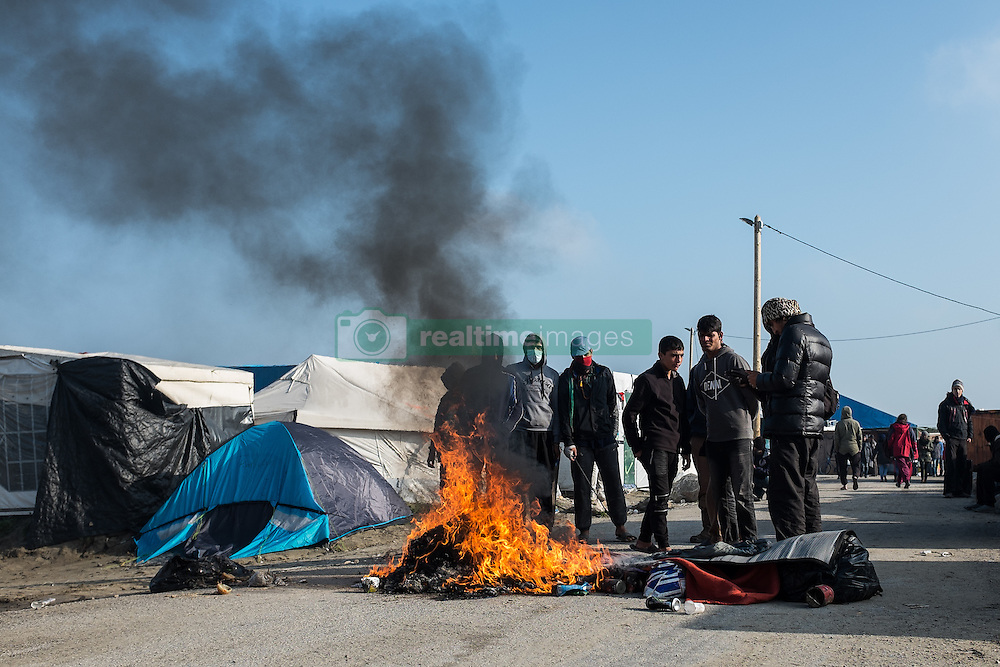