A protestor holds a sign showing a book and a gun on Old Concord Rd. on Tuesday night, Sept. 20, 2016 in Charlotte, N.C. A protest began on Old Concord Road at Bonnie Lane, where a Charlotte-Mecklenburg police officer fatally shot a man in the parking lot of The Village at College Downs apartment complex Tuesday afternoon. The man who died was identified late Tuesday as Keith Scott, 43 and the officer who fired the fatal shot was CMPD Officer Brentley Vinson. Earlier a woman who said she is Scott's daughter claimed on a live-streamed video on Facebook that Scott was unarmed when he was shot. In the video, the woman said her father was sitting in his car reading a book and waiting for the school bus to drop off his son. She claimed that her father was tasered and then shot four times, and that he was disabled. Photo by Jeff Siner/Charlotte Observer/TNS/ABACAPRESS.COM 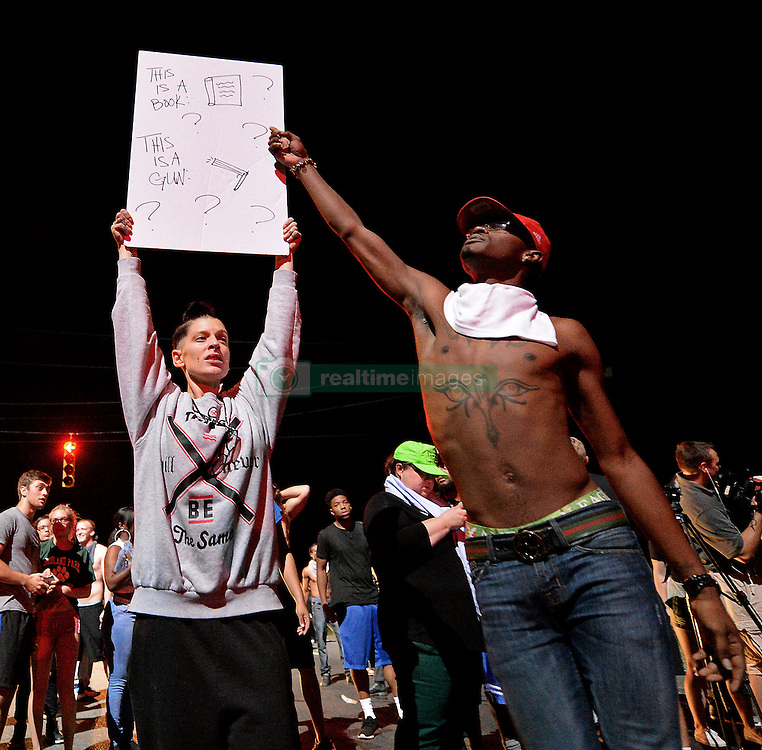