July 19, 2017 - Jordy Smith of South Africa will resurf his Round Five heat of the Coronoa Open J-Bay against Conner Coffin of the USA. Coffin rode a long deep barrel which was only scored as a 6.90 point ride due to insufficient footage at the time. After reviewing further footage it showed the score would have been higher than a 6.90 point ride which at the time would have change the mood and heat strategy. The commissioners office deliberated what their options and the decision for a resurf was made...Corona Open J-Bay, Eastern Cape, South Africa - 19 Jul 2017. (Credit Image: © Rex Shutterstock via ZUMA Press) 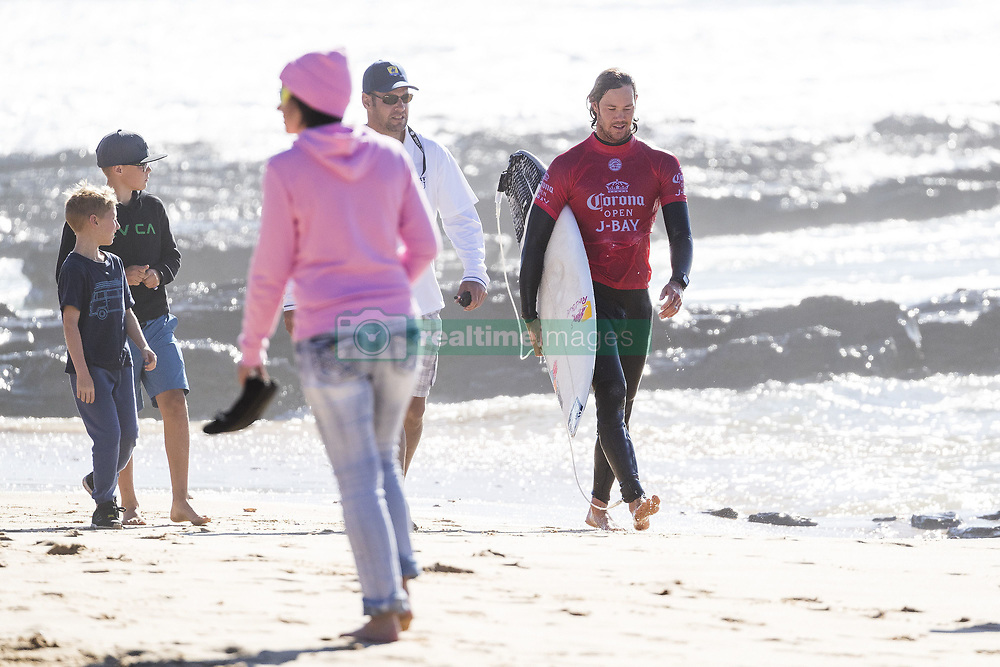