Boxer Amir Khan gives the thumbs up as he arrives back in the UK after his controversial trip to Dubai. The British boxer, 30, was spotted at Manchester Airport in a grey hoodie and black Adidas tracksuit bottoms. Khan, 30, has been embroiled in a very public break-up with his wife Faryal Makhdoom. The boxer, who is worth £23million, initially claimed he and Faryal were getting divorced and accused his American wife of having an affair with heavyweight rival Anthony Joshua, who has denied the claim. 08 Aug 2017 Pictured: Amir Khan. Photo credit: MEGA TheMegaAgency.com +1 888 505 6342 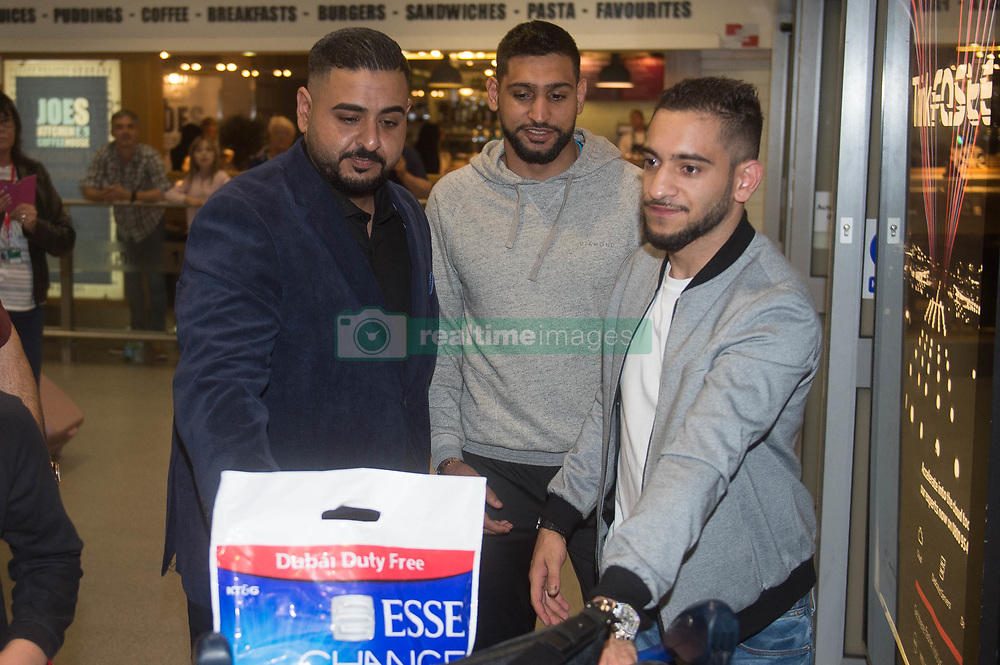