Saakashvili stuck in train in Poland

September 10, 2017 - Krakowiec, Poland - Journalists are seen in the train to Lviv at Przemysl train station on 10 September, 2017 during an attempt by former president of Georgia Mikheil Saakashvili to reenter Ukraine. Mister Saakashvili has been stripped of his Ukrainian citizenship in July by president Poroshenko after accusing the later of abetting corruption in the country. Since then he has been living in exile in Poland. (Credit Image: © Jaap Arriens/NurPhoto via ZUMA Press) 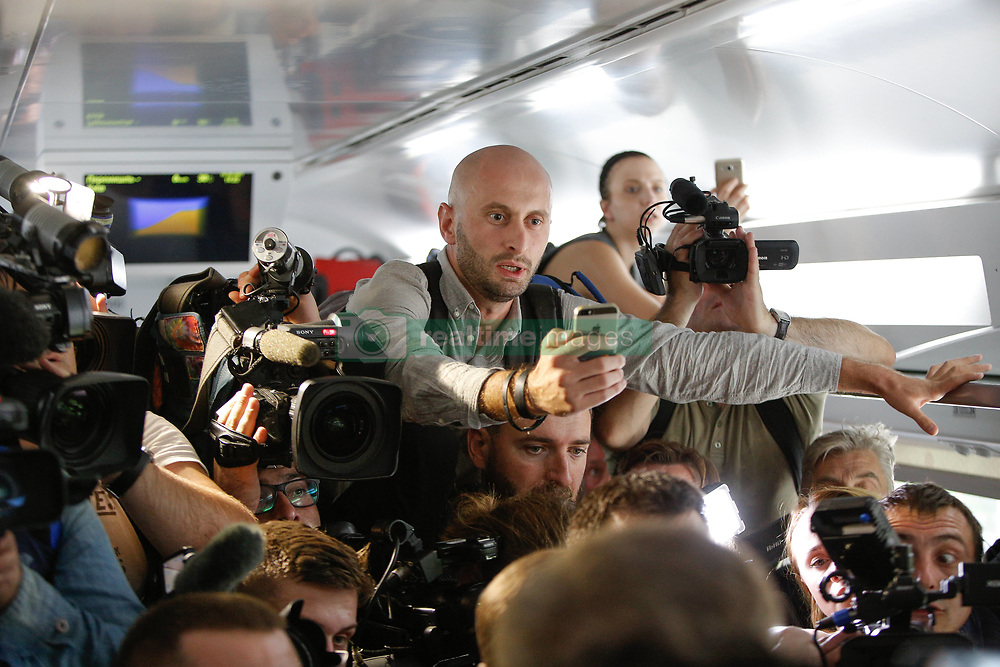