OSAMA BIN LADEN, (March 10, 1957 - May 1, 2011) was a member of a wealthy Saudi family and the founder of the jihadist terrorist organization al-Qaeda, responsible for the September 11 attacks on the United States and numerous other mass-casualty attacks against civilian and military targets. May 1, 2011, was killed in Abbottabad, Pakistan by American military forces. PICTURED: Sept. 14, 2001 - New York, New York, U.S. - Smoke and dust fill the air as workers and firefighters examine the remains of buildings at the site of the World Trade Center attack, Ground Zero. (Credit Image: © Edward A. Ornelas/San Antonio Express-News/ZUMAPRESS.com) 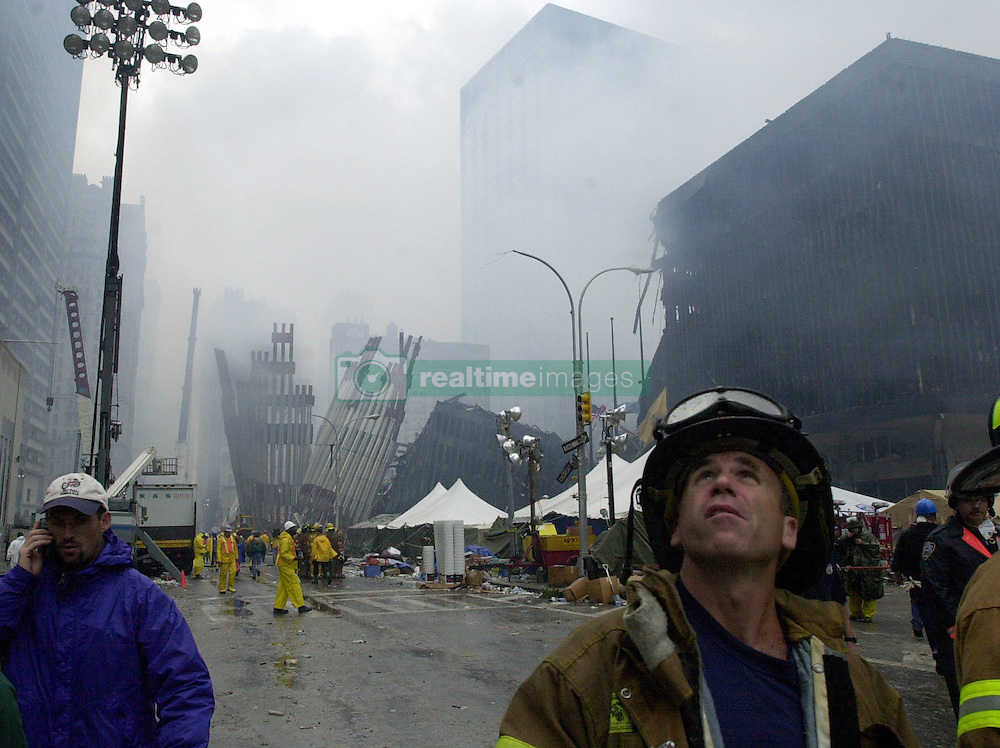