Jan. 15, 2016 - Lesbos, Greece - A refugee from Afghanistan cries after his arrival on Lesbos / Skala Skamnias, January 13, 2016. Last summer up to 120 boats arrived each day on the north-eastern coast of the Greek island of Lesvos. In winter the number reduced substantially. However the aid groups have a lot to do. The 15 kilometers broad coast is being watched permanently. When the spanish NGO Proactiva spots a boat it informs the volunteers on the coast and accompanies the refugees to the inshore. After their arrival they are checked by medics and brought in camps nearby. (Credit Image: © Bartek Langer/NurPhoto via ZUMA Press) 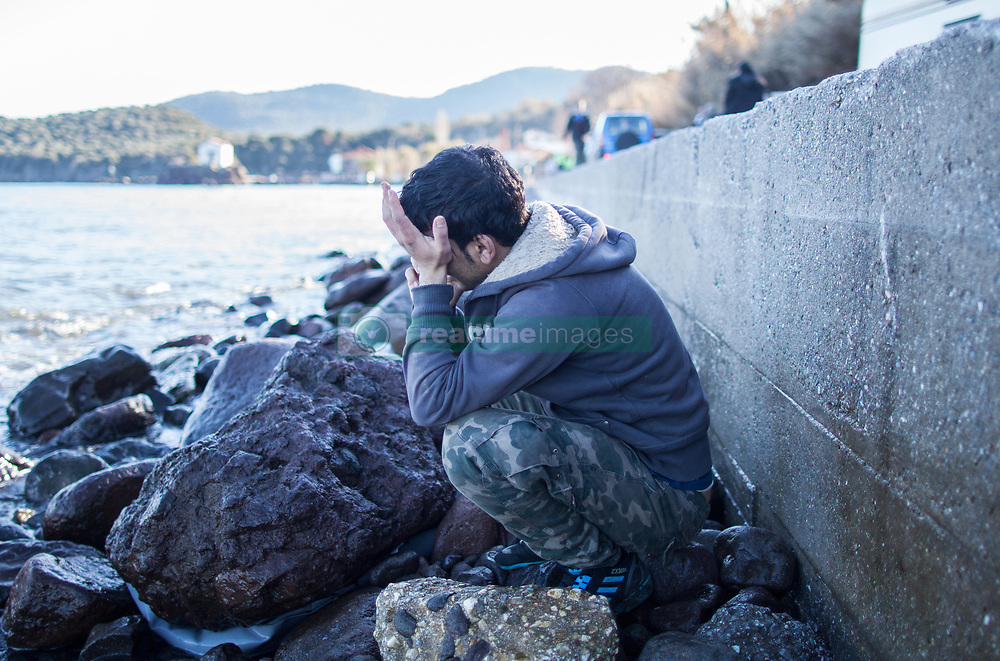