View Image Comparison
View Both Images
Two years ago, a new island, or "nijima," rose above the water line in the western Pacific, about 1,000 kilometers (600 miles) south of Tokyo. It grew out of the sea just 500 meters from Nishinoshima, another volcanic island. Over the past two years, that new island swallowed up its neighbor, and the merged island is now twelve times the size of the old island.
The Operational Land Imager (OLI) on Landsat 8 captured these images of the old and new Nishinoshima. The top image shows the area on November 6, 2013, two weeks before the eruption started. The second image was acquired on October 11, 2015, the most recent cloud-free view. In both images, pale areas just offshore likely reveal volcanic gases bubbling up from submerged vents or sediments disturbed by the eruption. Turn on the image comparison tool to see the transformation.
Nishinoshima is part of the Ogasawara Islands, in the Volcano Islands arc. It is located at 27°14' North latitude and 140°52' East longitude, about 130 kilometers (80 miles) from the nearest inhabited island. According to the Japanese coast guard, which surveyed the island on November 17, the island now stretches 1.9 kilometers from east to west and 1.95 kilometers from north to south. It stands about 100 meters above the sea surface.
Lava continues to ooze out slowly, though there are occasional explosions of rock and ash as well. Investigators noted that the total surface area of the island decreased a bit from September to November 2015 - 2.67 square kilometers to 2.64 - likely because of erosion of the coasts by wave action.
You can see the evolution of the volcanic island by visiting out natural hazards event page.
References
Japan Coast Guard (2015, November 17) Situation of the volcanic activity of Nishinoshima. Accessed November 25, 2015.
Japan Today (2015, November 22) New volcanic island grows 12 times in size since formation two years ago. Accessed November 25, 2015.
Volcano Discovery (20 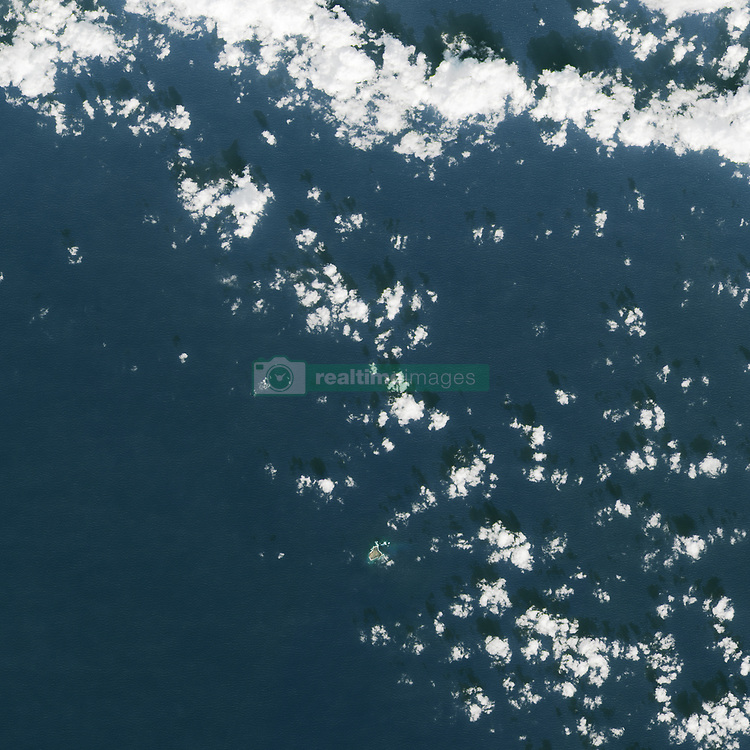