Sandbag seawall in front of Stella McCartney’s home in The Hampton, NY, during storm in October, 2018. Pic: First Coastal 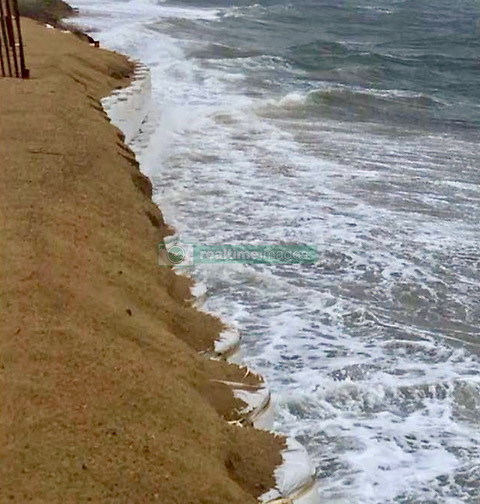