August 17, 2017 - Barcelona, Spain - People are escorted by Spanish policemen outside a cordoned off area after a van ploughed into the crowd, killing 13 persons and injuring over 80 on the Rambla in Barcelona on August 17, 2017. A driver deliberately rammed a van into a crowd on Barcelona's most popular street on August 17, 2017 killing at least 13 people before fleeing to a nearby bar, police said. Officers in Spain's second-largest city said the ramming on Las Ramblas was a 'terrorist attack' (Credit Image: © Hugo FernÃ¡Ndez Alcaraz/NurPhoto via ZUMA Press) 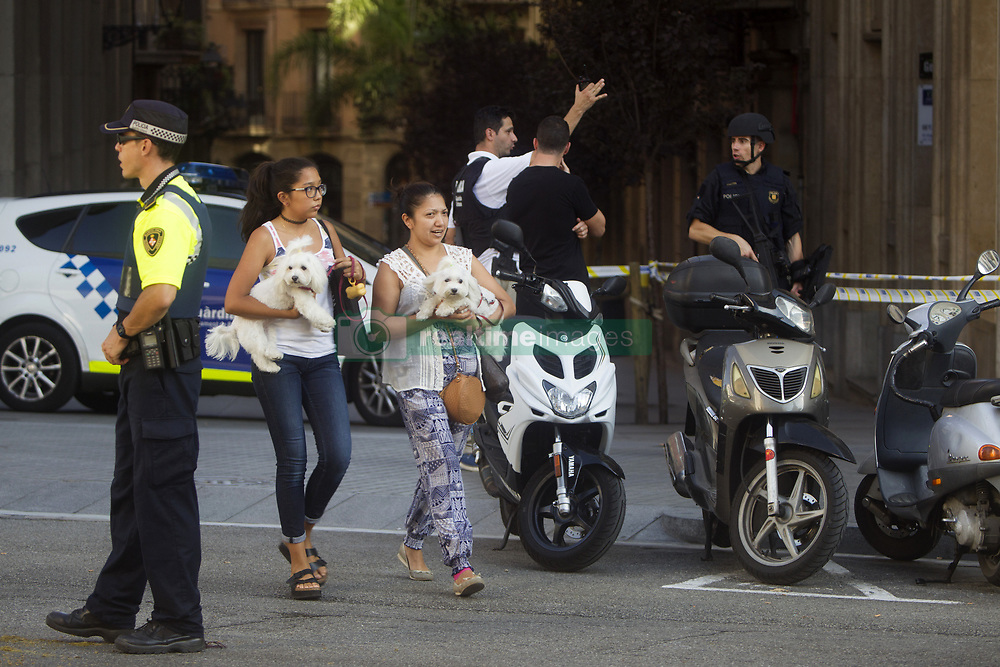