October 5, 2018 - Palestinian protesters clash with the Israeli Security Forces on the east of khan Yunis in the southern Gaza Strip on October 5th, 2018. According to Gaza Health Ministry three Palestinian protesters, including a 12-years-old boy, were killed by live Israeli fire, while 124 were injured by tear gas and live ammunition used against them by the Israeli Security Forces during the clashes. Protests took place in several locations along the Gaza-Israeli border fence with some of the Palestinian protestors burning tires and hurling rocks at IDF soldiers behind the fence. According to the Israeli army some demonstrators threw make-shift explosive devices towards the fence. The Gaza health ministry has identified two of the protesters killed as 12-year-old Faras Hafez Assarsawei and 24-year-old Mahmud Abu Sama'an. Since March 30, Palestinians have been holding weekly demonstrations calling for the lift of the 11-year-long Israeli blockade on the Palestinian enclave, the right of Palestinian refugees to return to their ancestral homes, and in protest at the recent decisions by the US administration regarding the Jerusalem status and to cut their funding to UNRWA, the UN relief agency for Palestinian refugees. At least 193 Palestinians have been killed and over 21,000 have been injured since the protests started on 30th March (Credit Image: © Ahmad Hasaballah/IMAGESLIVE via ZUMA Wire) 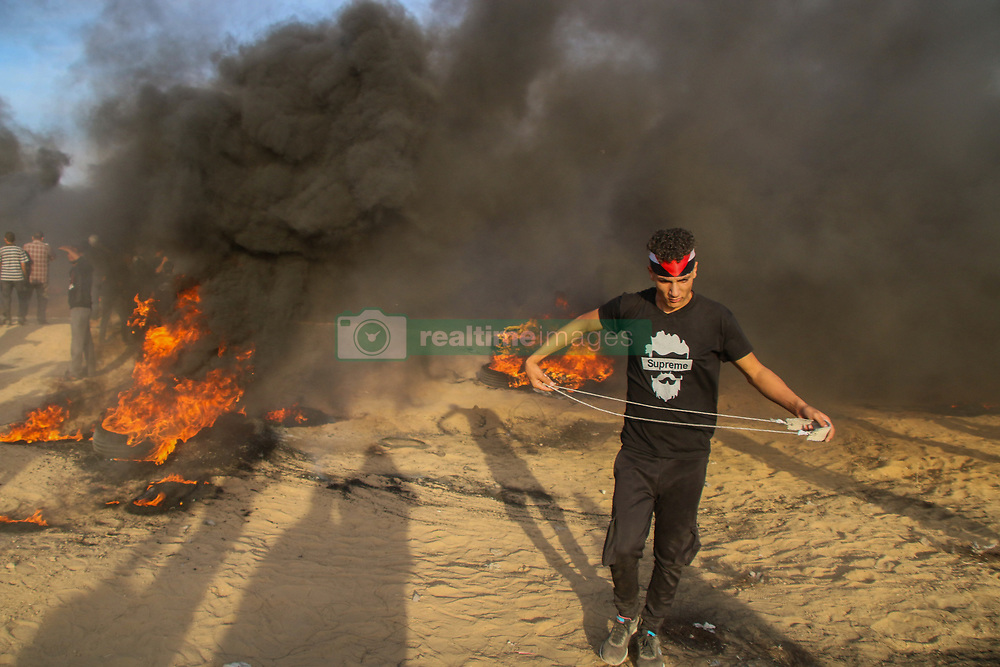