Toronto, CAN., 29 Jan 2018 - A large green tent enclosing the back yard of a Leaside home is the site where the remains of 3 additional victims have been located. Toronto landscaper Bruce McArthur, 66, was charged with an additional three First-Degree Murders, on January, 29th, 2018, in addition to the two charges at the time of his arrest on January, 18th, 2018. Police have found the remains of three victims at one of 35 sites where McArthur had worked as a landscaper. Now being described by Toronto Police as a "serial killer", a description they were not prepared to use at the time of his arrest.VICTOR BIRO/ZumaPress 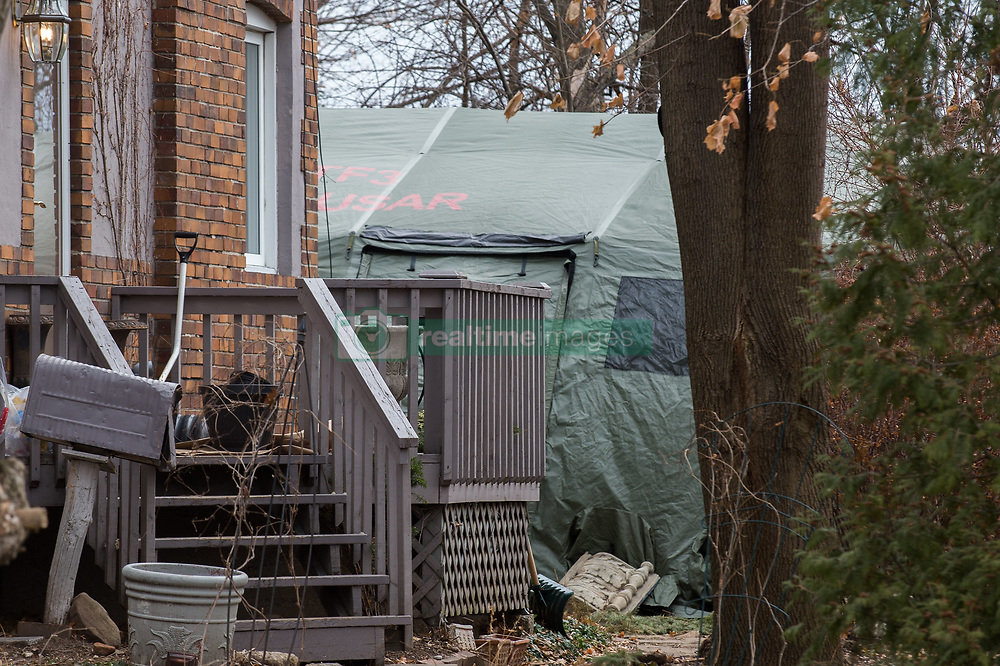