Former first lady Barbara Bush, wife of former President George H.W. Bush and mother of former President George W. Bush, died Tuesday at her home in Houston. She was 92. Barbara Bush had been in failing health, suffering from congestive heart failure and chronic obstructive pulmonary disease. George and Barbara, who celebrated their 73rd wedding anniversary on Jan. 6, hold the record for the longest-married presidential pair. Mrs. Bush was known for her wit and emphasis on family. One of her primary causes was literacy. She founded the Barbara Bush Foundation for Family Literacy in 1989 to carry forth her legacy in the cause for literacy. PICTURED: Sept. 28, 1994 - Coral Gables, Florida, U.S. - BARBARA BUSH pins her pin on son JEB and he pins her with his at a breakfast fundraiser that she was the featured speaker at to help son Jeb in his campaign on Sept. 28, 1994 at the private home of Sergio Pino in Coral Gables, Fla. (Credit Image: © Marice Cohn Bandl/TNS/ZUMA Wire) 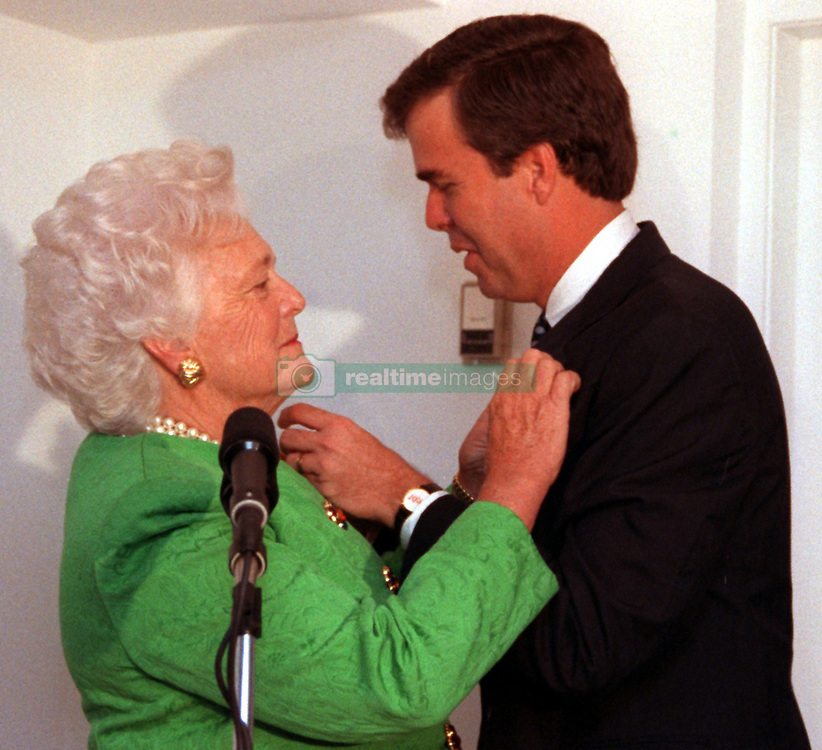