May 3, 2019 - Krakow, Poland - A group of elderly men dressed in a traditional Krakow area folk costumes seat outside Barbakan. .Hundreds take part of the patriotic march from Wawel Hill trough Krakow's Old Town on Polish Constitution Day. The Constitution of 3 May, 1791, was the world's second-oldest codified national constitution, but remained in force only for less than 19 months. By 1795, the Second and Third Partitions of Poland ended the existence of the sovereign Polish state. Over the next 123 years, the Constitution of 3 May was seen as proof of successful internal reform and as a symbol promising the eventual restoration of Poland's sovereignty. In April 1919 under the Second Polish Republic, May 3rd was the first holiday officially introduced in the newly independent Poland, but again outlawed during World War II by both the Nazi and Soviet occupiers, and finaly restored as an official Polish holiday in April 1990 after the fall of communism..On Friday, May 5, 2019, in Krakow, Poland. (Credit Image: © Artur Widak/NurPhoto via ZUMA Press) 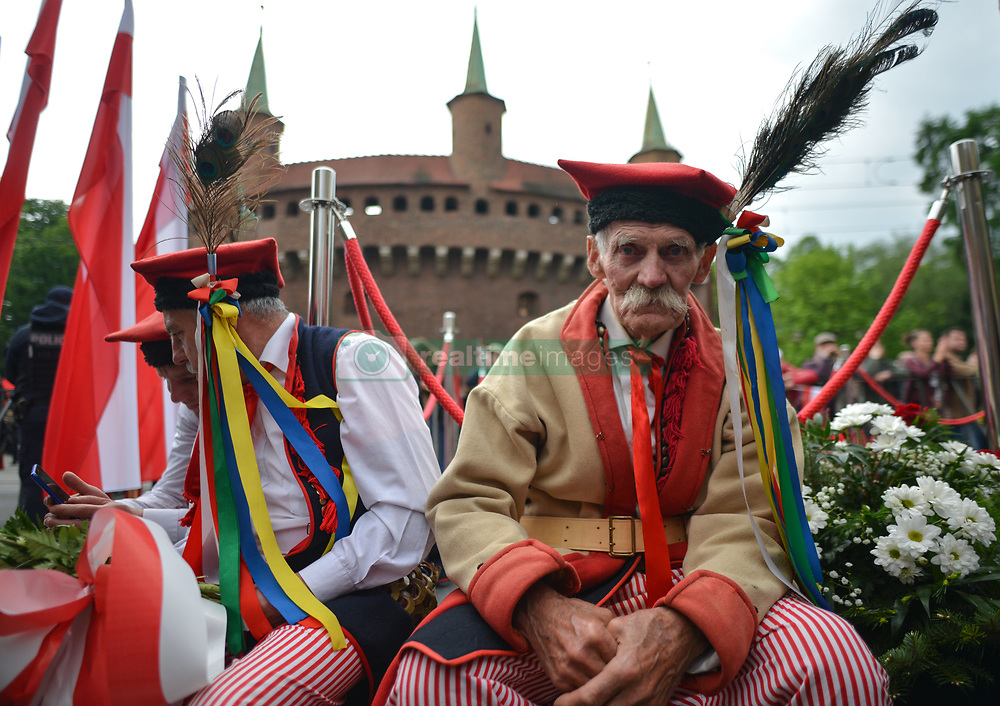