October 24, 2016 - Calais, Nord-Pas-de-Calais-Picardie, France - Refugees walk from the Jungle towards the Reception and Orientation Centre near the Jungle, from where they will be distributed to the different centres in France. The French state has started processing the inhabitants of the Jungle refugee camp in Calais and distribute them to centres around France. Not all of the 6 to 10 thousand refugees living in the Jungle (according to different estimates) are expected to leave voluntarily and some have already disappeared. (Credit Image: © Michael Debets/Pacific Press via ZUMA Wire) 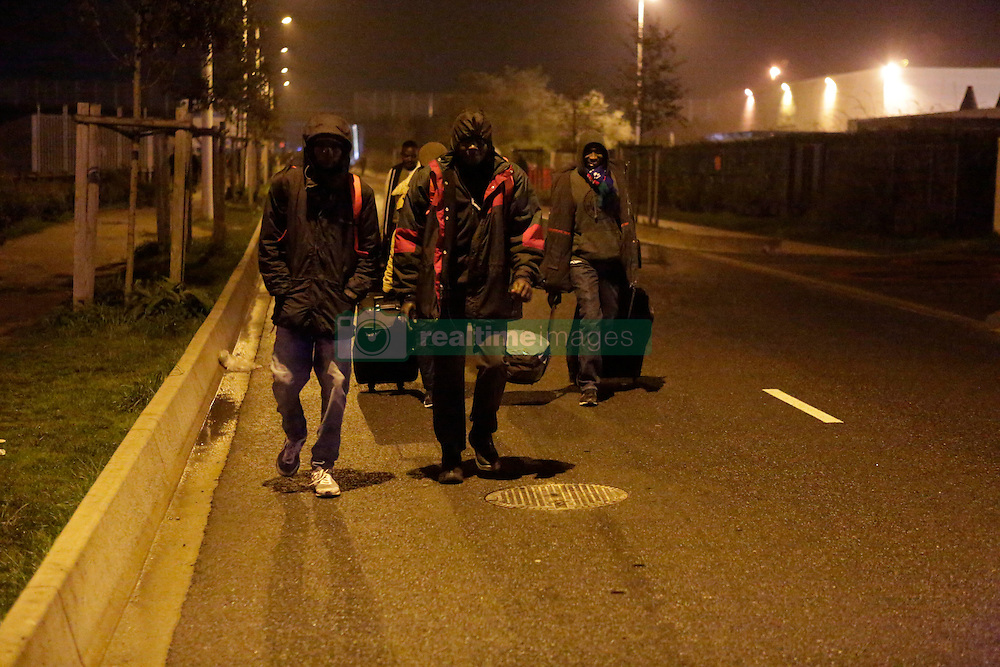