December 17, 2018 - A number of Gaza demonstrators are injured during clashes with Israeli Security Forces on the coast near Beit Lahia, in northern Gaza, on 17th December 2018, during the 20th weekly naval rally. Palestinian protesters threw stones using slingshots while Israeli troops used rubber and live ammunitions and fired teargas canisters to disperse the protesters injuring at least 20 of them with gunshots and tear gas inhalation. Red Crescent paramedic, Ahmad Abdel Bari Al-Ful, was injured in his left arm by a rubber bullet fired by Israeli troops while he was on duties during the protest. A freedom flotilla made up of several boats flying Palestinian flags also attempted to break Israelâ€™s naval siege northwest of the city of Beit Lahia, and it was also met by Israeli fire from Israeli war boats. Palestinians in Gaza have held weekly protests for several months to challenge the Israeli siege on the coastal enclave as well as the Israeli naval blockade which limits the nautical miles for fishing to Palestinians in the waters off the Gaza shores. The blockade on Gaza has caused a serious decline in the standard of living of the impoverished enclave driving the economy on the brink of collapse and bringing Gaza close to a humanitarian catastrophe (Credit Image: © Ahmad Hasaballah/IMAGESLIVE via ZUMA Wire) 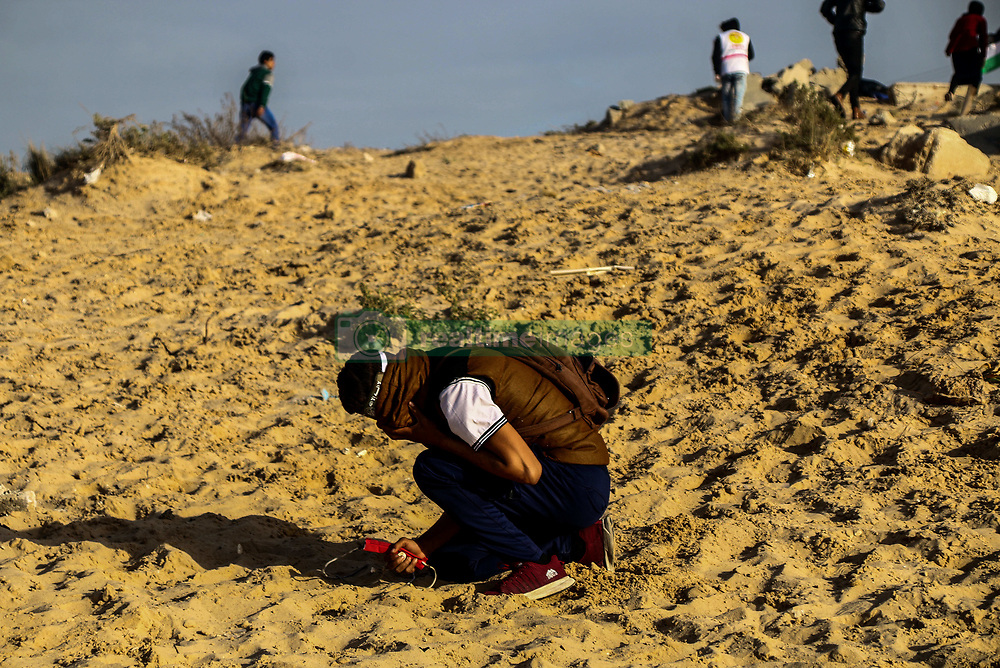