May 3, 2019 - Gaza, Palestine, 3 May 2019. Clashes occur between Palestinian protesters and the Israeli forces near Abu Safiya, in the northern Gaza strip, in this week Great March of Return rally, while paramedics rush to rescue and treat the injured protesters. The weekly Gaza border protests were attended by around 5,000 Palestinians, and according to Gaza Health Ministry Palestinian protester Raed Abu Teir, 19, was shot dead by live Israeli fire while 40 demonstrators were wounded as Israeli soldiers fired tear gas, rubber bullets and live gunshots at them. Some Palestinians threw stones towards the fence and the Israeli troops, and according to the Israeli army some incendiary devices were launched on Friday from Gaza into Israel, and two Israeli soldiers were wounded by Palestinian gunfire. In response to the alleged Palestinian shooting, an Israeli aircraft attacked a Hamas post in the southern Gaza strip killing two Palestinians. Border clashes have been taking place at least once a week for over a year, and since the protests began at the end of March 2018, at least 265 Palestinians have been killed and thousands have been injured, while Palestinians paramedics have been putting their lives at risk to save the injured protesters (Credit Image: © Ahmad Hasaballah/IMAGESLIVE via ZUMA Wire) 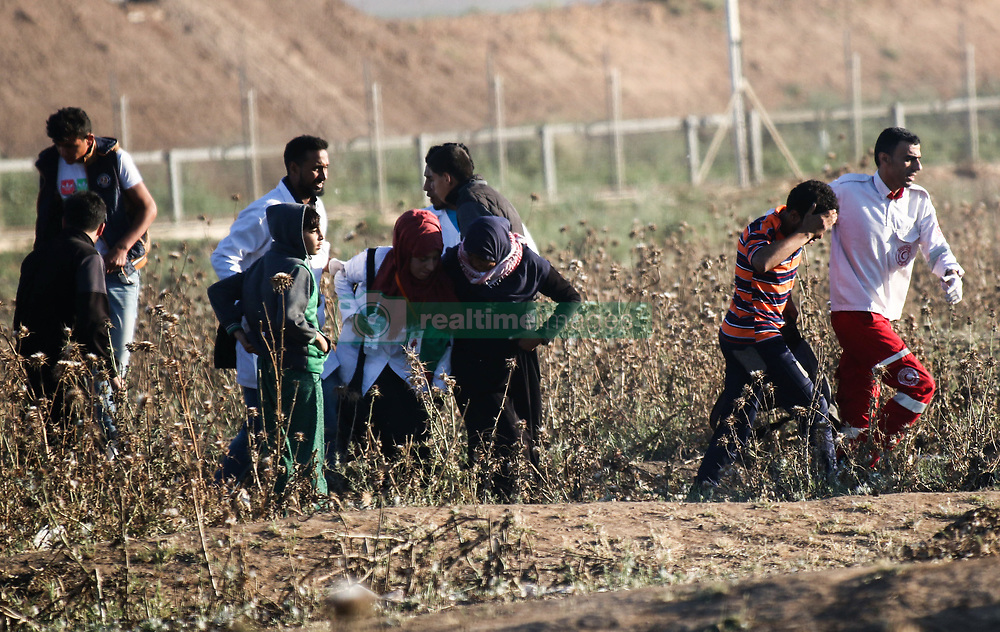