Apr 6, 2017 - Arlington, Virginia, U.S. - A horse drawn caisson carries former astronaut and U.S. Senator John Glenn to his final resting place during the interment ceremony at Arlington National Cemetery. Glenn was the first American to orbit Earth on Feb. 20, 1962, in a five-hour flight aboard the Friendship 7 spacecraft. In 1998, he broke another record by returning to space at the age of 77 on the Space Shuttle Discovery. Acting NASA Administrator Robert Lightfoot stated: 'Senator Glenn was more than an astronaut, he was the hero we needed in a rapidly changing world and an icon of our American spirit. We will never forget him, and future generations will continue to live out his legacy as we venture farther into the solar system. God speed, Senator Glenn. Our deepest gratitude, and everlasting respect and affection go with you.' (Credit Image: © Aubrey Gemignani/NASA/ZUMAPRESS.com) 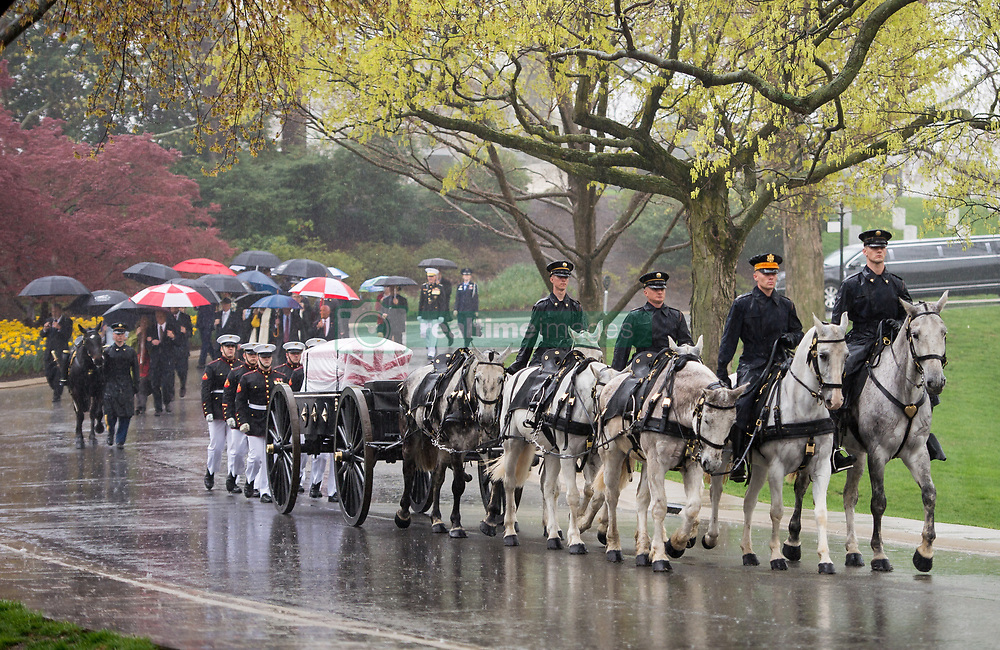