May 9, 2017 - Greenland - The shadow of NASA's P-3 aircraft is seen over an iceberg on a flight supporting NASA's Operation IceBridge mission. IceBridge began its final week of Arctic Spring 2017 surveys with a glacier-packed mission in Greenland, called Southeast Glaciers 01. The P-3 is a four-engine turboprop based out of Wallops and capable of long duration flights of 8-12 hours. It is supporting the same suite of IceBridge instruments flown in the past IceBridge Arctic and Antarctic campaigns. The original ICESat mission ended in 2009, and its successor, ICESat-2, is scheduled for launch in 2018. (Credit Image: ? Joe MacGregor/NASA via ZUMA Wire/ZUMAPRESS.com) 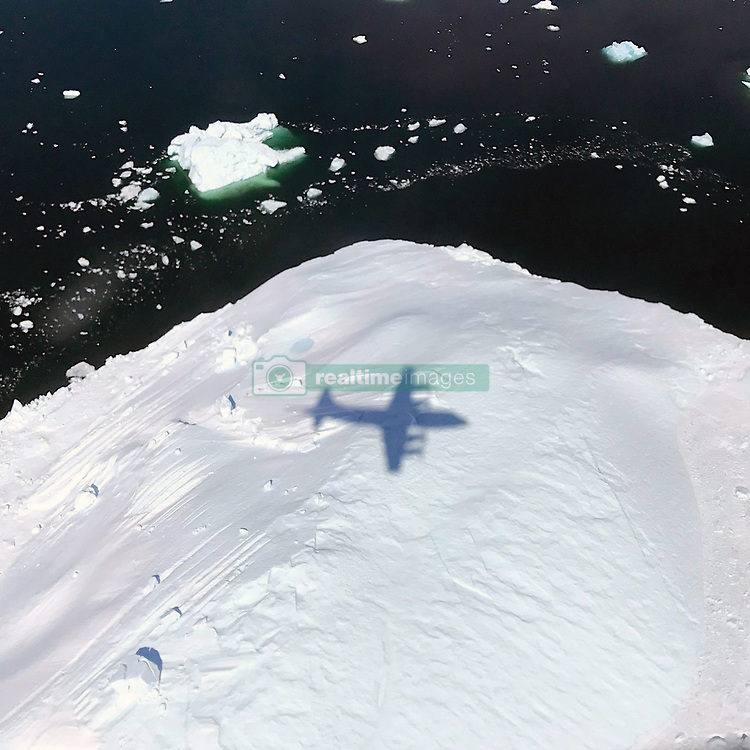