August 18, 2017 - Sao Paulo, Sao Paulo, Brazil - The statue of Venezuelan military man, Sebastian Francisco de Miranda Rodriguez, in the region of Avenida Paulista, west of Sao Paulo, was covered with a surgical mask on August 18, 2017 in protest against the PL (Law Bill) 300/2017, which extends to 20 years the term for the use of Renewable fuel in 100% of the capital's buses. According to a study made at Greenpeace's request, more than 3,000 deaths will be caused this year in the capital due to health problems aggravated by the emission of pollutants from the diesel bus fleet. For Pedro Telles, a climate change expert at Greenpeace, the use of renewable fuel ''would save one life a day by 2050, and more so in the long term' (Credit Image: © Cris Faga/NurPhoto via ZUMA Press) 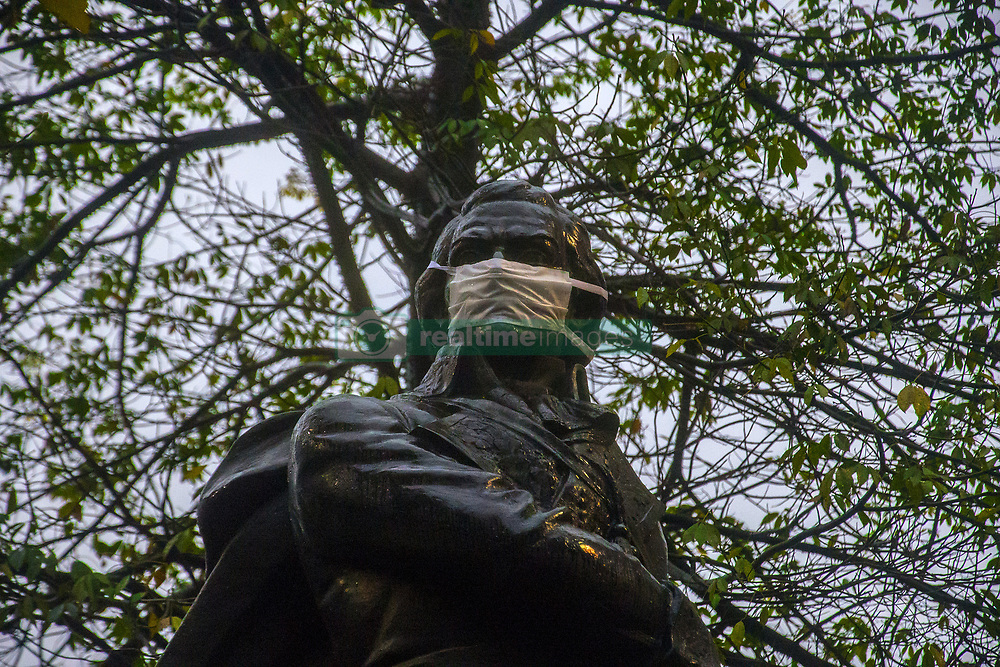