December 18, 2018 - London, England, United Kingdom - Anti Brexit campaigner Steven Bray holds a Union and an EU flag, and a placard as he demonstrates against Brexit, outside the gates of the Houses of Parliament, London on December 18, 2018. The Cabinet will consider a no-deal Brexit plan during the meeting, Mrs May has proposed the Parliament vote on the week of 14 January after a week of debate. (Credit Image: © Alberto Pezzali/NurPhoto via ZUMA Press) 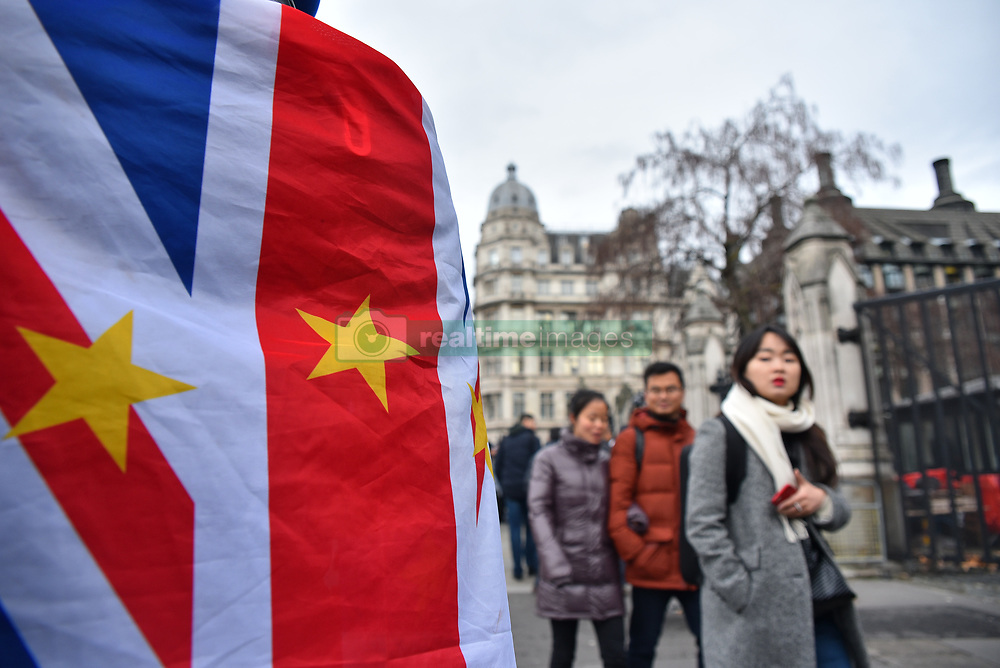