April 14, 2018 - Toulouse, France - The banner reads 'In support of NDDL' ZAD'. A demonstration in support of the ZAD (Zone to Defend ie Zone A Defendre) of Notre-Dame-Des-Landes took place in Toulouse, France, on 14 April 2018. The protest took place four days after the clearing operation by military launched by French President Macron. Many habitations in the ZAD were destroyed during the military operation in NDDL. The ZAD was established 10 years ago after the more than 50 years old project airport was relaunched. (Credit Image: © Alain Pitton/NurPhoto via ZUMA Press) 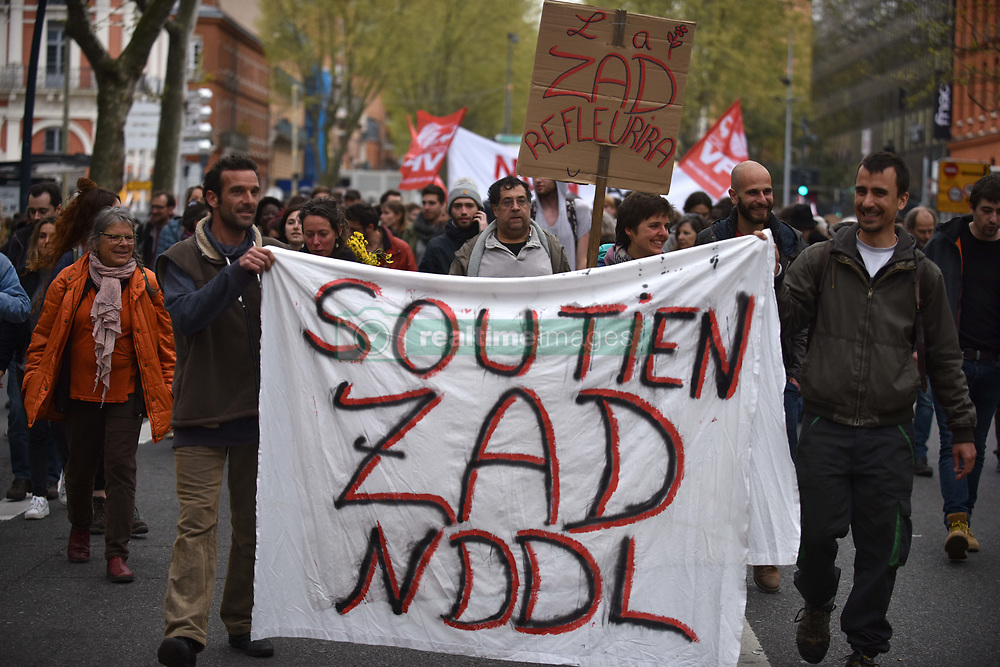