June 14, 2018 - Panmungak, North Korea - North Korean and South Korean Military delegates meet with talk during a Inter-Korean Military talk at Panmungak, North Korea. South and North Korea are holding their first high-level military talks in more than 10 years Thursday to discuss ways to ease cross-border tensions. The meeting started at 10 a.m. on the northern side of the truce village of Panmunjom, according to Seoul's defense ministry. These were the first such talks since the two sides met in December 2007. South Korea's five-member delegation is led by Major General Kim Do-gyun. The North's delegation is led by Lieutenant General An Ik-san, who is accompanied by four other officials. (Credit Image: © Ryu Seung-Il via ZUMA Wire) 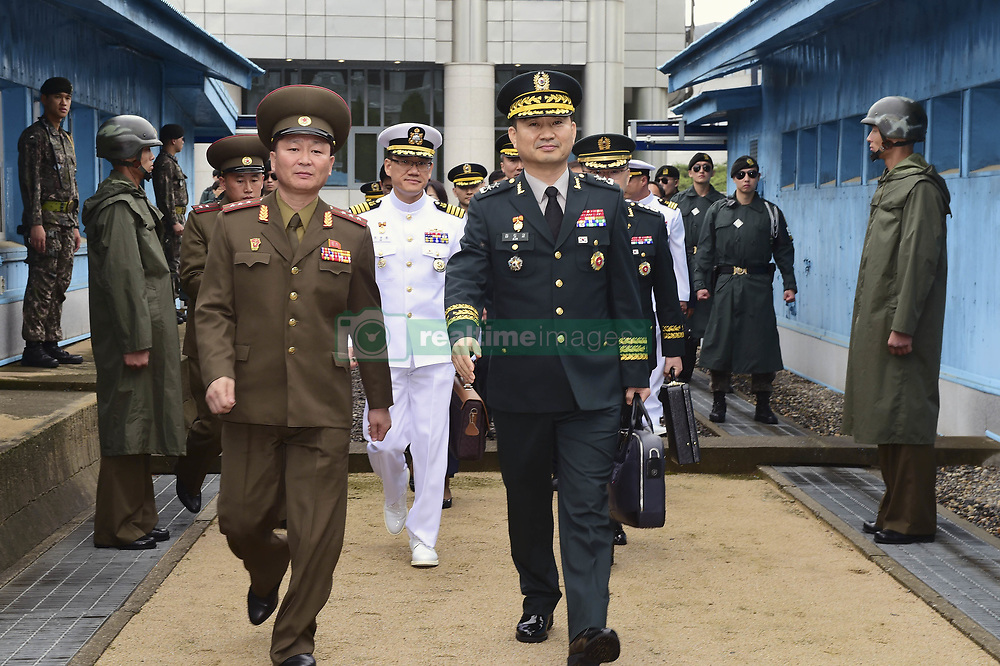