November 10, 2018 - Barcelona, Barcelona, Spain - Catalan police officers seen charging and clashing with the protesters in the presence of media during the demonstration..The Catalan Police (Mossos d'Escuadra) has charged against a group of protesters in their CDR majority (committee in defense of the Republic) when they were protesting during the demonstration of the Union JUSAPOL defending the salaries of the agents of the National Police Spanish and the Civil Guard asking for wage equalization. (Credit Image: © Ramon Costa/SOPA Images via ZUMA Wire) 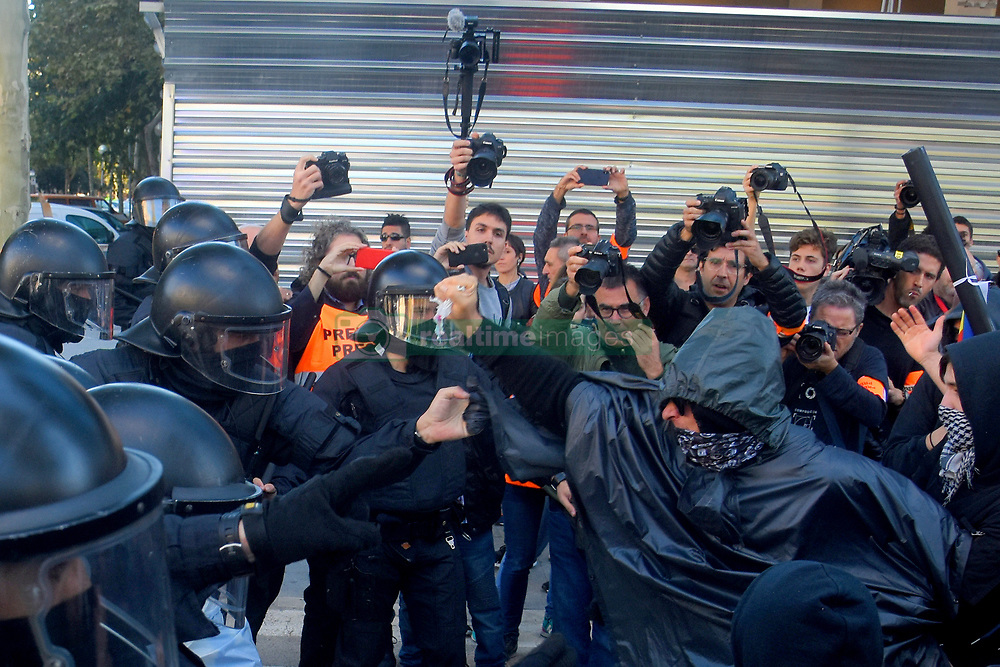