March 28, 2019 - London, United Kingdom - Pro Brexit supporters have put 34 Union Flags outsidethe Houses of Parliament, London on March 28, 2019. The Commons failed to find a majority for a way forward after voting for eight different options on Wednesday. Prime Minister Theresa May has announced that she will quit once Brexit will be delivered, if her withdrawal agreement is approved. (Credit Image: © Alberto Pezzali/NurPhoto via ZUMA Press) 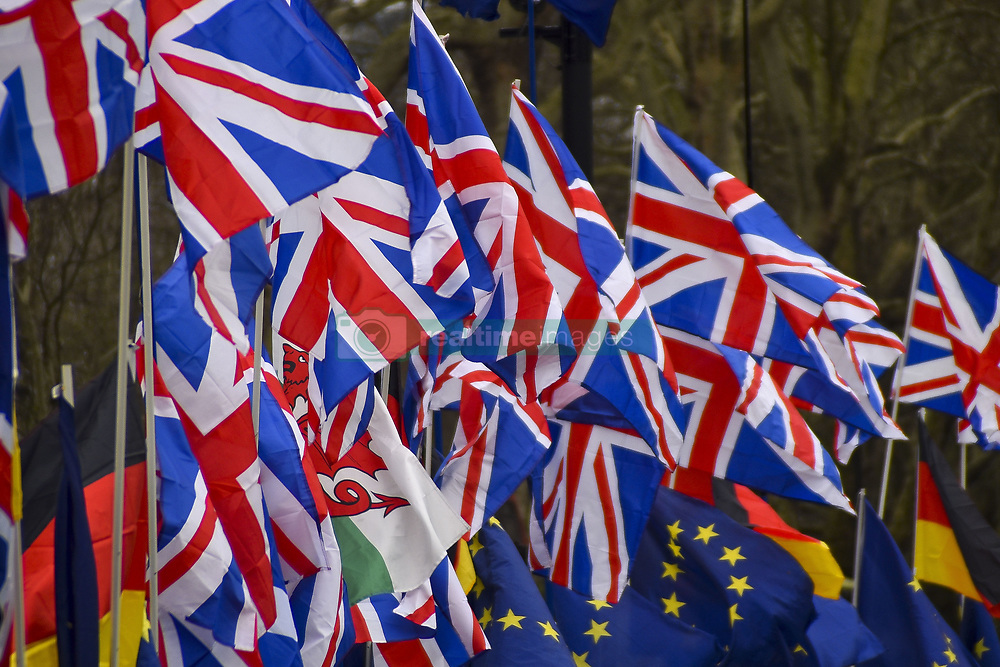