Stand Up to Trump, London, UK

August 19, 2017 - London, UK - London, UK. 19th August 2017. A campaigner holds up a placard in front of the US Emabassy at the Stand Up to Trump protest, supported by around 20 organisations including the CWU, NUT, Unite, UCU, CND, Stop the War, Campaign Against Climate Change, Muslim Association of Britain and others. They say Trump's bigoted rhetoric is sowing hate and division, encouraging extreme right-wing groups which is responsible for events such as those in Charlottesville and condemn his warmongering in threatening nuclear war against North Korea and the invasion of Venezuela and his support of climate-wrecking policies. Peter Marshall ImagesLIve (Credit Image: © Peter Marshall/ImagesLive via ZUMA Wire) 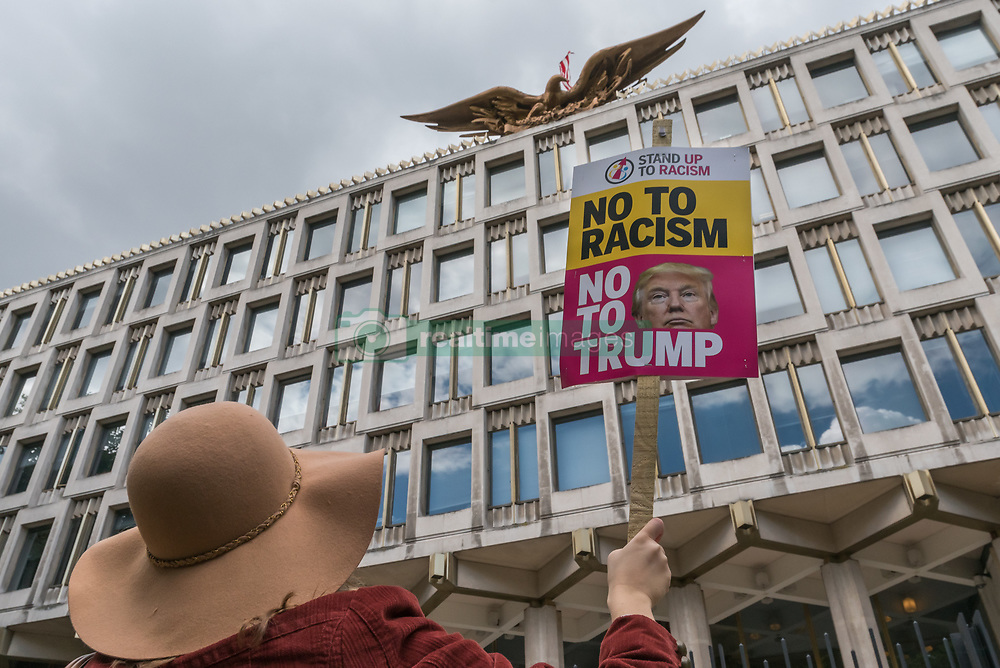