July 28, 2017 - Kolkata, West Bengal, India - Mamata Banerjee Chief Minister of West Bengal felicitate to Students,The West Bengal Government will celebrate the international recognition and appreciation received by Kanyashree Prakalpa at a function in theKolkata, India, on 28 July 2017. It was awarded the First Prize at United Nations Public Service Award Ceremony this year. Representatives from all corners of the state will come together to celebrate the success of Kanyashree girls, who will be felicitated by Chief Minister Mamata Banerjee. Students who have benefited from the Kanyashree Scheme from every district will participate in the celebratory event of this flagship scheme. Kanyashree Scheme is not only Ms Banerjee's most successful project, but it is also the pride of Bengal. It has so far brought 41 lakh girls under its umbrella. The scheme aims at effectively empowering girls through far-sighted, holistic and all-round development, stressing on ending early marriage and opening up options for young women. It even includes development in areas such as sports in Kolkata,India. (Credit Image: © Debajyoti Chakraborty/NurPhoto via ZUMA Press) 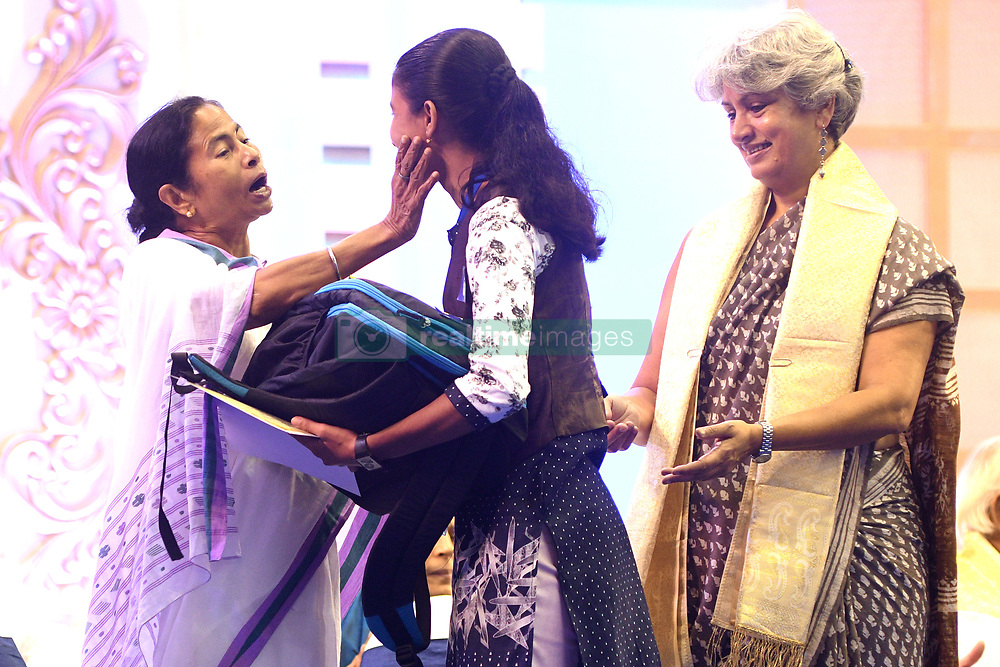