Protest against the new judicial law in Gdansk

July 20, 2017 - Gdansk, Poland - Protester in Jaroslaw Kaczynski mask during the ' Solidarity Chain of Light ' protest are seen in Gdansk, Poland on 20 July 2017 Crowds gathered outside the Regional Court in Gdansk and other cities around the country to protest at government changes to Polands judicial system. Protesters argued the changes limit judicial independence and threaten the separation of powers in the country. (Credit Image: © Michal Fludra/NurPhoto via ZUMA Press) 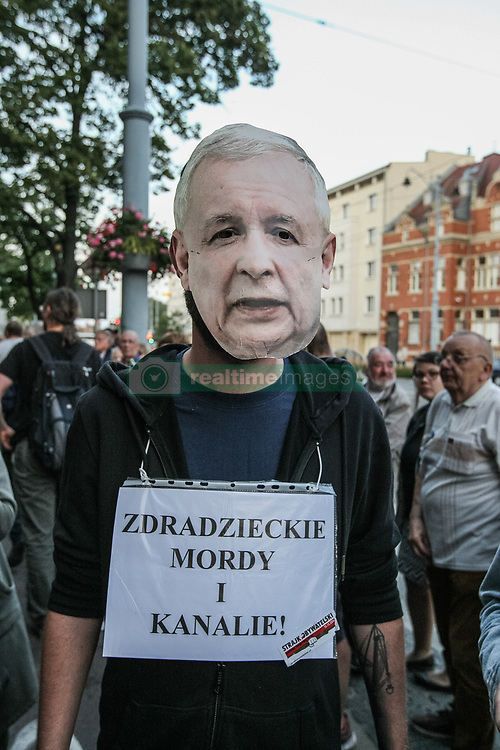