June 26, 2017 - Thessaloniki, Greece - 10.000 short contract municipal workers are protesting with a continuous strikes for more than a week, leaving the whole country's garbage on the street demanding the extension of their contract. Authorities asked people to keep their trash at home as there are issues with public health due to the increased high temperature as the country is facing a heatwave. Municipality of Thessaloniki is trying to resolve the situation by turning to the private sector, a move that is against the will of the municipal labour unions. In Thessaloniki tourists avoid the main squares and popular streets as the smell and the view of the city is disgusting. (Credit Image: © Nicolas Economou/NurPhoto via ZUMA Press) 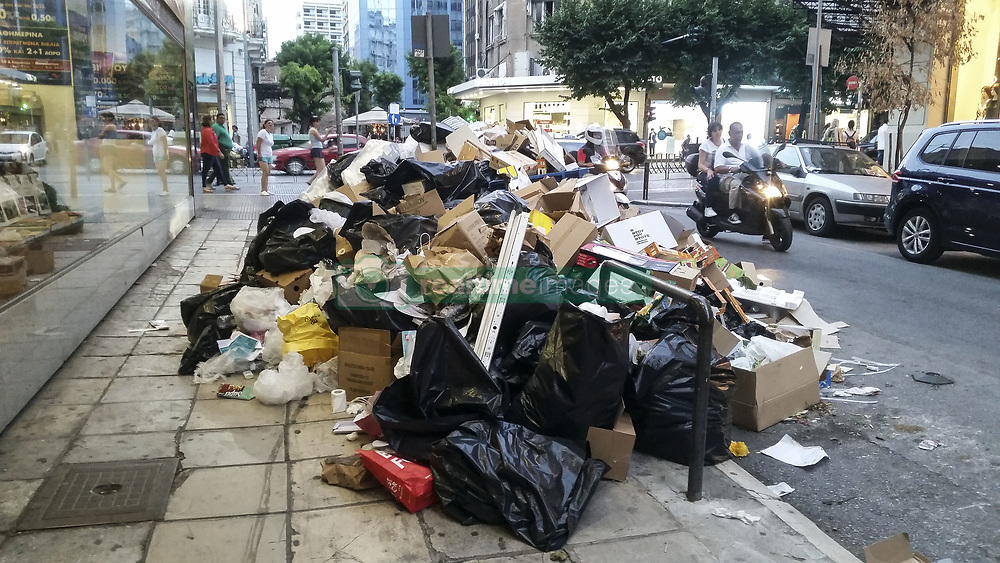